Titan Comics and Duane Swierczynski are teaming up for a new entry in the Hard Case Crime series titled Breakneck, and we've got your first look.

The new series will be written by Swierczynski and drawn by Simone Guglielmini, Raffaele Semeraro, and Lovern Kindzierski, and will detail the suddenly upside down life of one Joe Hayward. As you can see in the preview, Joe has one thing on his mind, and that's confronting the person who is sleeping with his wife. Right now his choices come down to either hitting someone with a brick or a baseball bat, but soon that will be the least of his worries.

Joe will find himself immersed in a terrorist plot that threatens the entire city of Philadelphia, and the timer is already counting down. Joe's life gets even crazier though when a government agent becomes involved, and he'll have to work with them despite the fact that he wanted to hit them with a bat and a brick a few minutes earlier.

Actually, he stumbles upon a bit more than that, but not everything is as it seems, so Joe will have to make a choice. Either help save the city or do what he came to do and leave. Which will he choose?

You can check out the preview in the gallery below and the official description is included there as well.

"A countdown thriller in modern-day Philadelphia, perfect for fans of 24, HOMELAND, and FALLING DOWN! 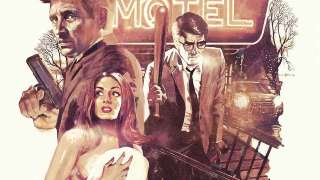 From celebrated crime and comics author DUANE SWIERCZYNSKI (DEADPOOL, THE PUNISHER, THE WHEELMAN)!

When everyman Joe Hayward confronts his cheating wife, he stumbles on a terrorist plot!

With just two hours to save Philly, Joe needs all the help he can get – even the government agent sleeping with his wife!

Illustrated in dynamic and seedy detail by SIMONE GUGLIELMINI (NEAR DEATH), LOVERN KINDZIERSKI (ANIMAL MAN), and RAFFAELE SEMERARO (ZOMBIE WITH A SHOTGUN)."

Steam Deck Buyers Get Even More Good News From Valve