Death is hardly permanent in the world of comics, but that doesn’t mean the choice to kill is any less traumatic. In the DCEU, a number of controversies surrounding its on-screen bodycount have arisen. When Wonder Woman comes out this weekend, fans will watch as Diana Prince clashes her sword God Killer and cuts down foes during the rush of battle. However, the film’s director says Wonder Woman and her perspective on killing isn’t meant to be taken lightly.

In a recent chat with IGN, Patty Jenkins opened up about Wonder Woman and how the heroine sees death. Here is what the director had to say:

“She is actually one of the superheroes, interestingly, who is not adverse to killing when necessary, which is fascinating. But she also is the least likely to do it, I think, because she will always try anything else before she will resort to killing anyone. That's an incredible balance of Wonder Woman,” Jenkins explained.

In fact, Jenkins said Wonder Woman sees the act of killing as more of a maternal burden. Unlike the Punisher, the heroine takes no pleasure in having to put down her enemies. She will only go to such extreme measures as a last result, and Wonder Woman will pick up her sword so that others don’t have to shed blood.

“I always think of it like putting a wounded animal down. It's like there's something very maternal Wonder Woman, when push comes to shove if nobody else wants to do it, Wonder Woman would step up and take care of business,” Jenkins said. “But she doesn't want to do it, and she would never take any delight in it. That's Wonder Woman to me.”

Obviously, Wonder Woman’s stance on killing differs from those seen previously. In The Dark Knight trilogy, Batman was staunchly against murder even under the most dire of circumstances. Batman was more brutal in when Ben Affleck brought him into the DCEU, but Superman ultimately caught the most flack for his stance on killing. The hero is often regarded as one who abstains from murder, but Superman did choose to kill Zod at the end of Man of Steel. The choice to make Superman into someone who would decide to kill ruffled many feathers, and the controversy is one which still rages today.

Before she was Wonder Woman (Gal Gadot), she was Diana, Princess of the Amazons, trained to be an unconquerable warrior. Raised on a sheltered island paradise, Diana meets an American pilot (Chris Pine) who tells her about the massive conflict that's raging in the outside world. Convinced that she can stop the threat, Diana leaves her home for the first time. Fighting alongside men in a war to end all wars, she finally discovers her full powers and true destiny. 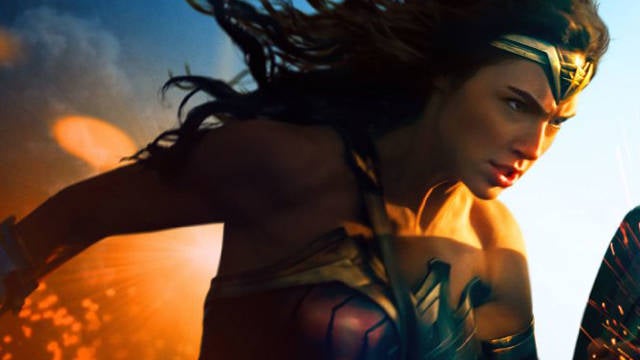 Wonder Woman Director On What Would Push The Heroine To Kill

Stargirl Casts Eclipso, The Shade, and More for Season 2

Y: The Last Man No Longer Using Real Monkey According To PETA