The latest trailer for Avengers: Age of Ultron has a lot of content packed into a little bit of footage, so it's fair that people are using the phrase "Easter egg" fairly liberally when writing about the piece.

Some of the things that various sites have marked as Easter eggs include things like the revelation that Hulk and Black Widow are an item and the first appearance of The Vision.

There aren't any real Easter eggs in the traditional sense -- things that you have to hunt down or that aren't obvious -- unless you include things like Scarlet Witch dressing like '90s DC superheroine Anima... 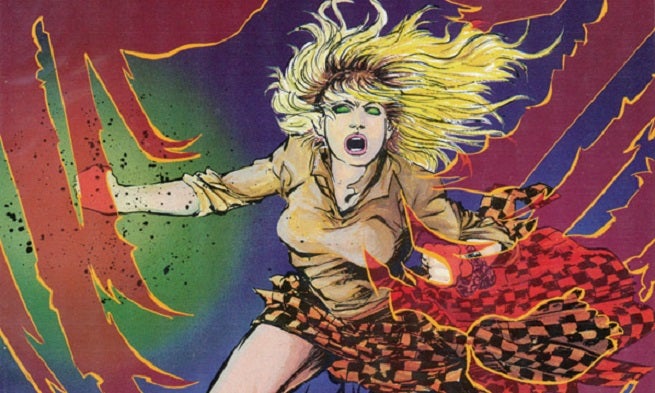 ...but there were plenty of things that the casual viewer maybe didn't spot or didn't realize the relevance of, so it's worth taking a quick spin through the trailer to point them out. 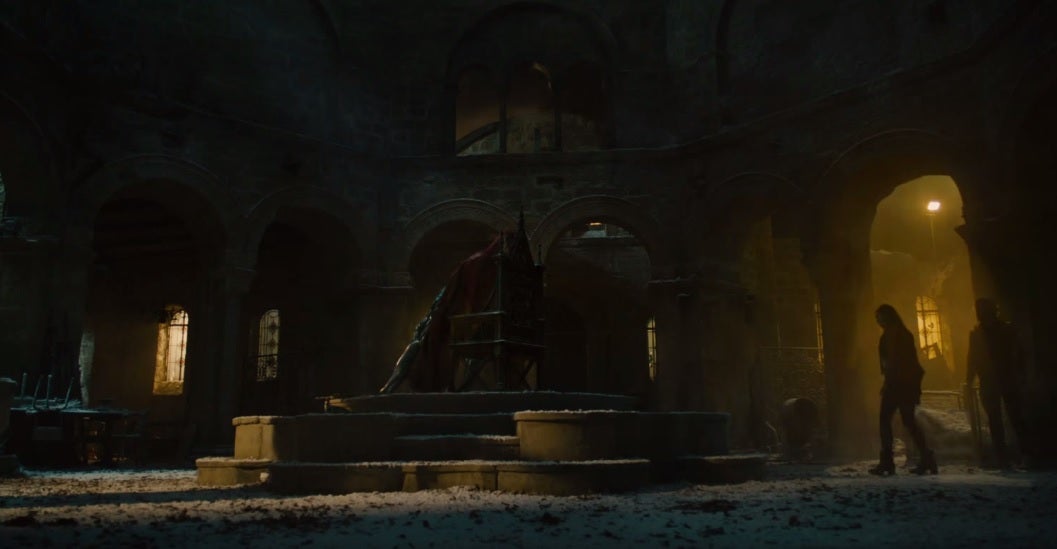 In Ultron's first full-on villainous appearance in the comics, he got a dramatic reveal.

How dramatic? Well, we didn't know he was a robot right away, because he wore a cloak not entirely unlike the one seen above, and was known as the Crimson Cowl.

Needless to say, that didn't last long...but the Crimson Cowl identity has popped up from time to time, with numerous characters taking on the role briefly including Edwin Jarvis (seen in the cinematic universe as the loyal butler to Howard Stark and sidekick to Agent Peggy Carter).

So, why would The Avengers be putting Loki's scepter to use this time around, rather than just sending it back to Asgard with Thor as they did at the end of Marvel's The Avengers?

It certainly looked to us like it was kind of an "in case of emergency, break glass" scenario when Tony used it, so maybe it won't be a major part of the plot...but at least 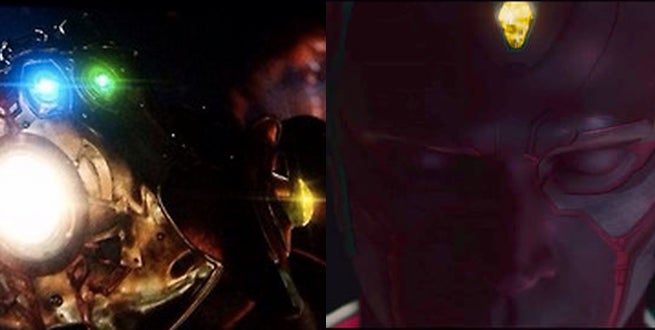 Vision with the soul stone

Yeah, we've already talked about this one at some length, so we'll just leave it fairly brief...but it certainly appears that's an Infinity Stone in Vision's head -- presumably the Soul Stone, helping to make him a real boy. 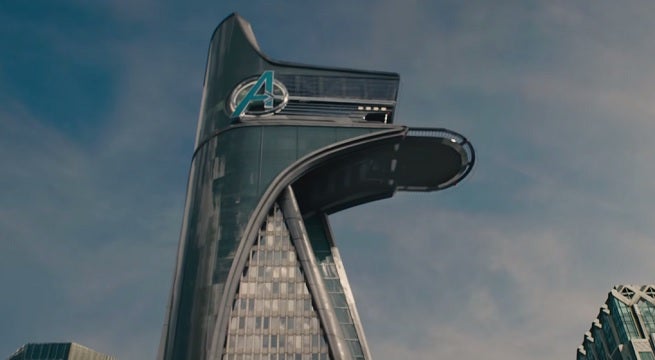 While it was clear the last time we saw this building what it would eventually become, the former Stark Tower has moved well beyond the proto-Avengers tower and into a full-on film iteration of what we have in the comics.

...And how could this list be complete without pointing out Tony Stark's kick-ass Bruce Lee t-shirt?!