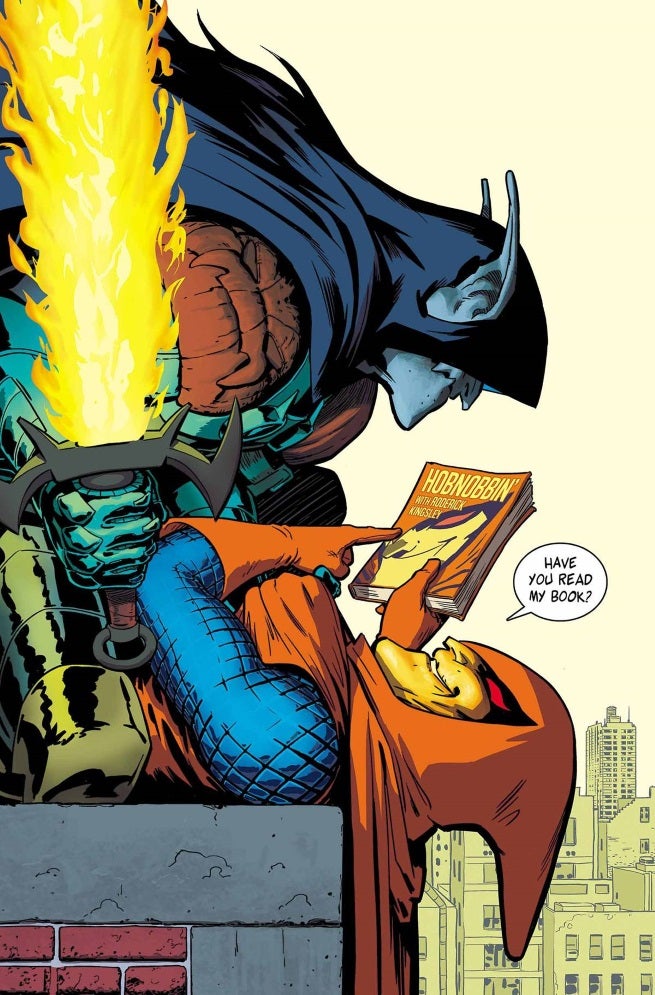 Marvel Comics has provided ComicBook.com with an exclusive preview of AXIS: Hobgoblin #3.

The issue is the last in the three-part miniseries following the inverted Hobgoblin, who returned to New York from Genosha with a more heroic personality. The art pages, by Javier Rodriguez, shows a supervillain showdown, as Daniel Kingsley tries to get rid of that other Hobgoblin, Phil Urich, for good.

• It's KNIGHT to KINGsley as Phil Urich makes his final move to get rid of the original HOBGOBLIN. But can Kingsley stick to his new altruistic persona, or will he resort to his old wicked ways to reign supreme? The answers can be found in this exciting final chapter and in Kingsley's new book, "How I Learned To Stick To My Altruistic Persona But Lost Millions By Revealing The Outcome In The Title Of My Book."
Rated T+