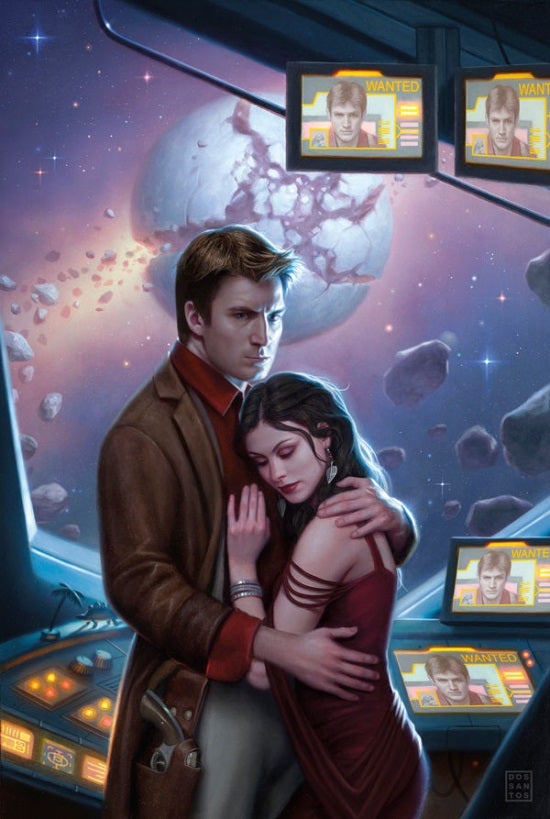 Yes, we already gave you one excellent list of comic book goodness to look forward to in 2014. But let's be serious: are you really only going to read five comic books this year? I didn't think so. Here are five more awesome comics to look forward to in 2014. 5. Serenity: Leaves on the Wind - Fans of Joss Whedon's cult science fiction/western TV series, "Firefly," and its motion picture sequel, "Serenity," are finally going to get to see the crew's adventures continue in a new miniseries from Dark Horse Comics, "Serenity: Leaves On the Wind." Joss Whedon will take on the "executive producer" role for the series, as he has with Dark Horse's Buffy: the Vampire Slayer comics. Zack Whedon will write the tale, with Buffy artist Georges Jeanty providing pencils. The story picks up after the events of "Serenity," with Wash dead, Zoe pregnant and River taking over as the ship's pilot. It may not be the second motion picture that Browncoats have been begging for, but it's probably the closest thing they're going to get. Good thing, then, that Dark Horse has a truly stellar track record with its licensed comics, so this one should make fans happy. 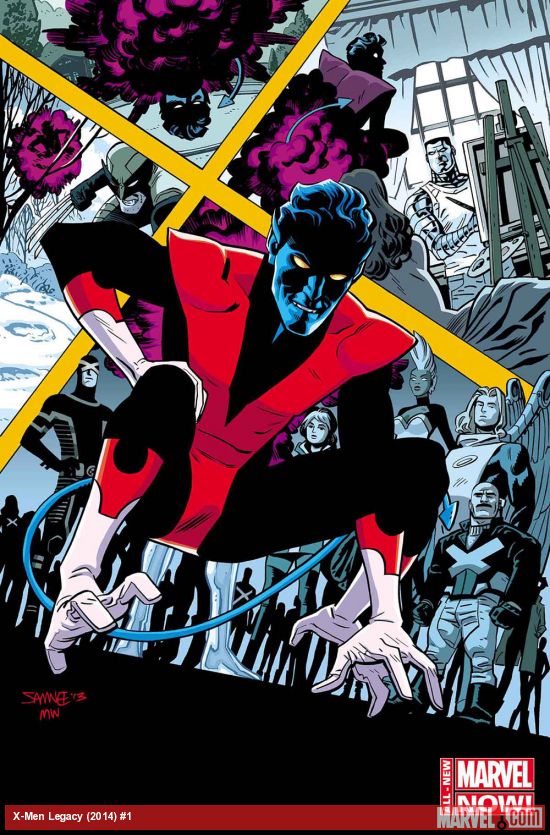 4. Nightcrawler - As a diehard X-Men fan, I loved Chris Claremont. He is THE X-Men writer, and that's coming from somebody who has read the entirety of his 16-year long run on Uncanny X-Men. Any attempt to reunite him with the X-Men franchise in modern times has had less than stellar results, but series feels different. Maybe it's the thematic resonance between the character and the creator, both coming back to an X-Men universe that is drastically different than it was when they left. Either way, I've missed Nightcrawler. For years, writers didn't seem to know what to do with the character, and then he died. Maybe that's what makes the timing seem so right for this series: people want more Nightcrawler, and nobody has ever gotten the Blue Elf quite like Chris Claremont did. Also, Todd Nuack draws one hell of a Nightcrawler. Sign me up. 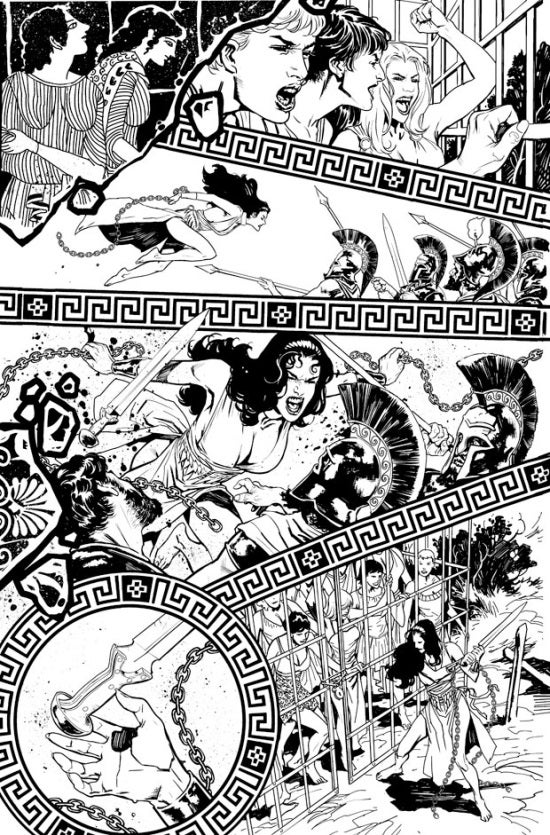 3. Wonder Woman: The Trial of Diana Prince - Grant Morrison has already left an indelible mark on Superman and Batman, DC Comics' most popular characters, by telling the greatest Superman story ever (All-Star Superman) and making his run on Batman the best superhero run of the past decade. This year, Morrison is looking to complete the Trinity hat trick, in tandem with Yanick Paquette's gorgeous art, in Wonder Woman: The Trial of Diana Prince. True to meta-textual form, Morrison has hinted in interviews that the subtitle of the 120-page graphic novel is at least as much about justifying the characters existence to readers as it is about anything that happens within the book's pages. He seems to be trying to get at the core of the character's original purpose, looking at Wonder Woman as a feminist icon and imagining what kind of utopian feminist culture would produce such a person. I can't wait to see what he comes up with. 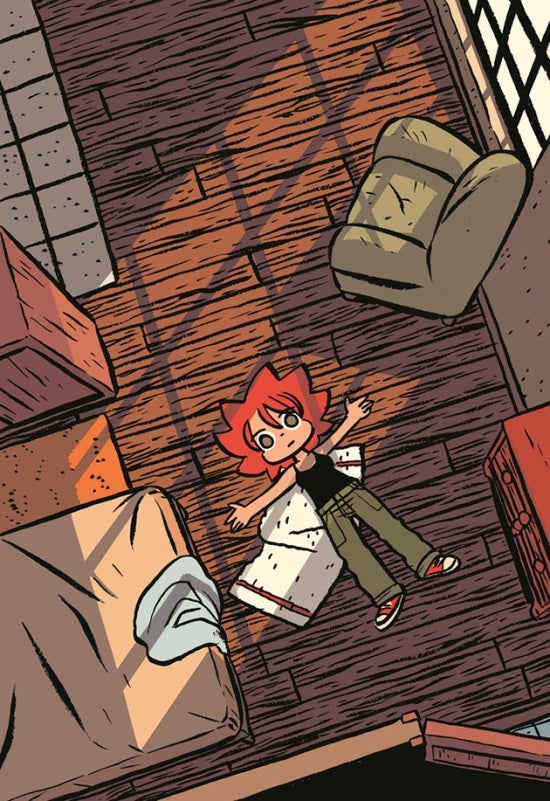 2. Seconds - Bryan Lee O'Malley's series of graphic novels chronicling the adventures of Scott Pilgrim has become a touchstone work for an entire generation of comic book fans and creators. Since completing the series, he's been working on the follow-up, a graphic novel called Seconds. It's about a girl named Katie who owns a restaurant and gets a second chance to get things right when she's visited by a magical apparition. That's about all we really know, but fans of Scott Pilgrim have been impatiently anticipating seeing new work from O'Malley and you can count me among them. 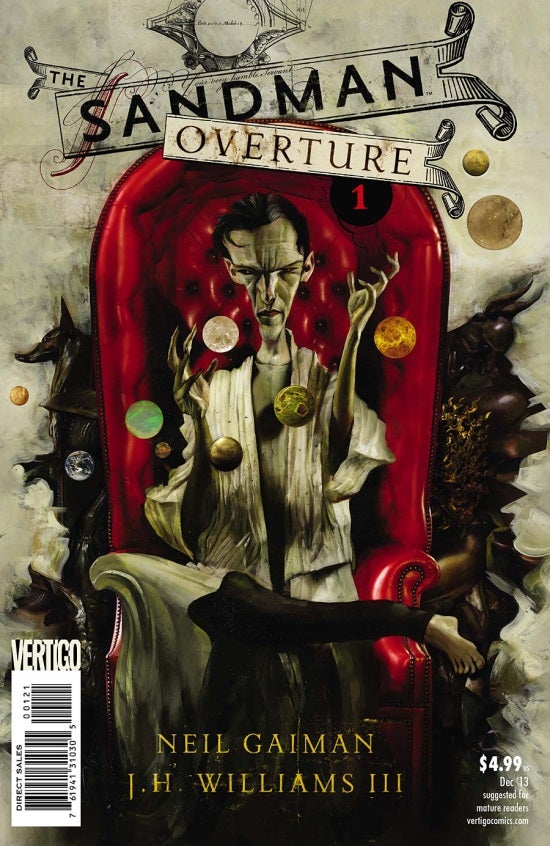 1. Sandman: Overture - I'm cheating a little bit here because the first issue of Sandman: Overture came out in 2013, but I don't care. Sandman is, for my money, the single greatest comic book series of all time. Neil Gaiman created a complex and moving story unlike any in comics over the course of his original 75-issue run. With that in mind, one might be a little nervous to hear that Gaiman was returning the well to create a prequel miniseries, but it seems that Gaiman has found a story to tell that fits into the narrative of the original series quite organically: the story of how Morpheus found himself weak enough to be captured in Sandman #1 in the first place. On top of that, J.H. Williams III is providing his astounding artistic talents for the project. If the entire series is up to the same level of quality as the first issue, it seems that Gaiman will have proved that you can go home again after all.

Is Kingpin In Hawkeye? Marvel Fans Have Questions