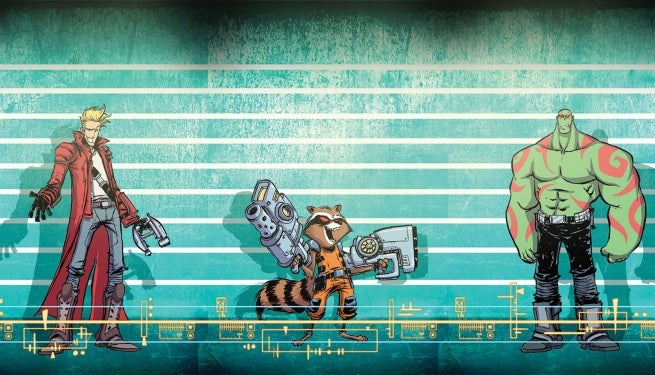 "We're gonna open up on a mystery in Knowhere," writer Brian Michael Bendis tells EW. "And that mystery is going to open up a lot of stuff—including a new villain. Characters a lot of people have been asking for will show up, and by the end of the series, you're going to see a status quo change that I think people are going to be very excited about."

Bendis will be working with artist Mike Deodato. Together, the creators envision Knowhere as something akin to the world of Blade Runner, or the seediest underbelly of the Star Wars universe.

"When I hear my kids or my kids' friends talk about it, they talk about it the way we used to talk about Mos Eisley," says Bendis. "Remember, before the special edition, you didn't really see any Mos Eisley, you heard them talking about the scum and villainy [and you thought] ' I want to go where the scum and villainy is!' And it's the same mindset, and very exciting to present a modern version of that to all the people that love the Guardians so much."

Guardians of Knowhere #1 goes on sale June 17. Check out some cover and concept art for the series in the gallery below.