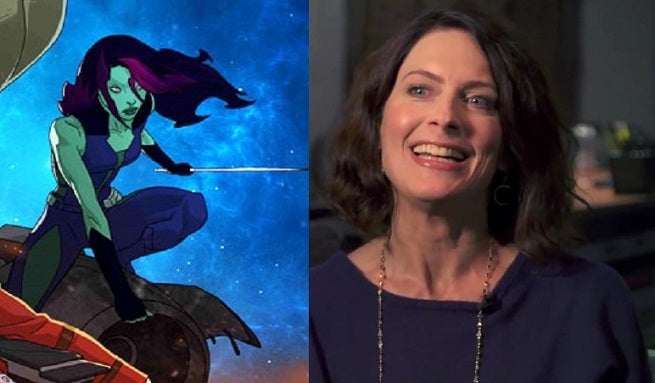 Star Wars Rebels veteran Vanessa Marshall has been cast in the role of Gamora on Marvel's forthcoming animated series Guardians of the Galaxy.

Marshall, who also appeared in The Grim Adventures of Billy and Mandy, will take over the role from The Boxtrolls and Sonic Boom actress Nika Futterman, who played the role on Disney XD's Ultimate Spider-Man.

For the handful of readers who didn't watch last year's blockbuster film adaptation of the Guardians of the Galaxy, Gamora is the adoptive daughter of Thanos, the Mad Titan. She's genetically-engineered to be one of the most dangerous individuals in the universe and sometimes finds herself feeling somewhat isolated from her teammates as a result.