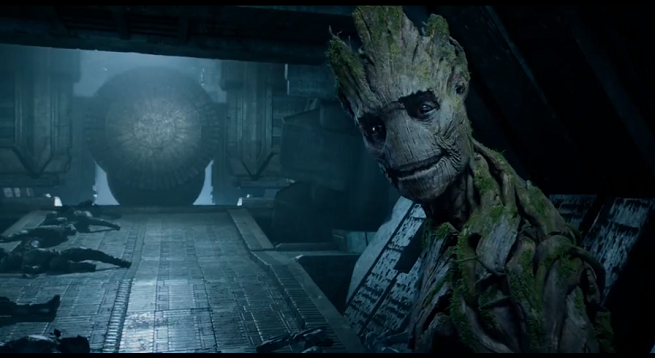 Britain's Globe and Mail have a click-through guide to creating Guardians of the Galaxy's Groot, a look at the Academy Award-nominated special effects for the film.

But director James Gunn has some words about what wasn't included: Groot's, ahem, little Groot.

Apparently, getting the CG-heavy character's crotch just right was harder than you would expect...!

Luckily, that shouldn't be as much of an obstacle for potential sequels -- like the 2017 follow-up Gunn is working on now.