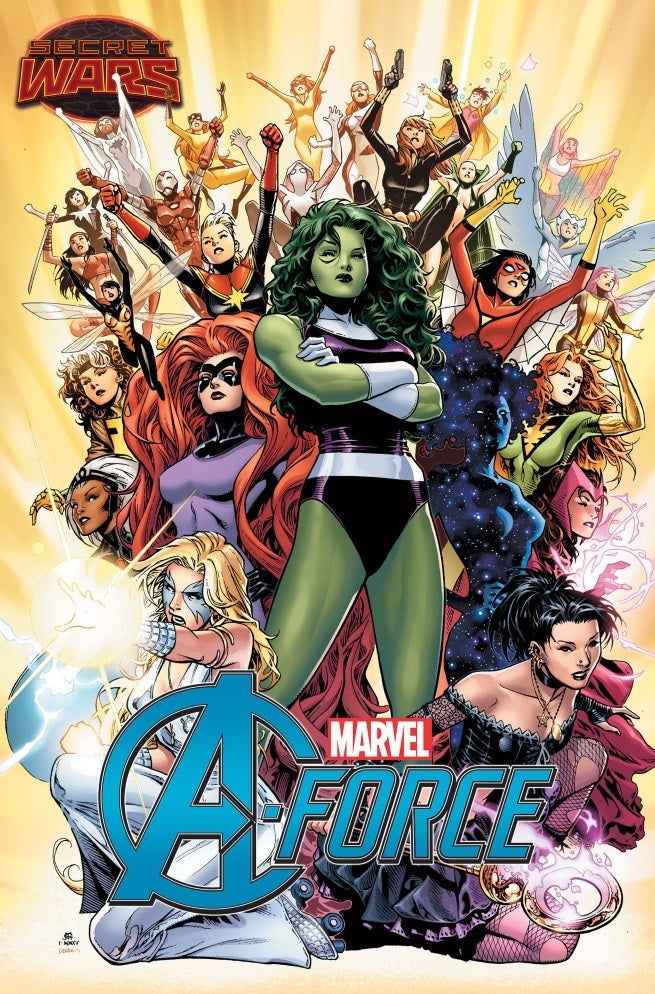 The series will feature A-Force, a new, all-female team that will replace the Avengers during the events of Marvel's Secret Wars mega-crossover.

The team will consist of She-Hulk, Medusa, Dazzler, Nico Minoru and many of Marvel's other top female heroes. The series will also debut a new, cosmically powered heroine named Singularity, a pocket universe that gained sentience during the incursion events leading up to Secret Wars. Without an innate gender of her own, Singularity chooses to become female.

Wilson tells USA Today that, with Singularity, they want to "strip it all the way down to the basics: What does it mean to be a woman and what would that look like to somebody who was learning about the human race as an outsider and is learning about what it means to have relationships with other people."

The team will form in Arcadia, the "feminist paradise" region of Battleworld, to battle an old foe from Marvel's past.

Wilson and her editor, Daniel Ketchum, were given free reign to chose whatever characters they wanted for the team, as long as they were all female and at least one of them was brand new. Singularity fills the quota for a new character, and the rest represent the disparate corners of the Marvel Universe: She-Hulk is an Avenger, Dazzler an X-Man, Medusa an Inhuman, and Nico one of Marvel's many teen heroes.

"We've purposefully assembled a team composed of very different characters — from disparate parts of the Marvel U, with very different power sets, identities and ideologies," Wilson said. "They'll all have to come together to answer some big questions: What would you sacrifice to succeed? What is being a hero worth?"