Marvel Comics has announced the latest lineup of artists to be named Marvel Young Guns.

To celebrate the new class of Marvel Young Guns, each artist will create a special limited exclusive variant cover for six new books. The issues include Avengers #678, X-Men Red #1, Marvel Two-in-One #3, Doctor Strange: Damnation #1, Black Panther #170, and Amazing Spider-Man #797. According to Marvel, these variants will be given to select retailers and be made available to fans worldwide through Televisa in Mexico and Panini in Europe, Russia, South America and other markets. You can see these variants in the attached gallery. 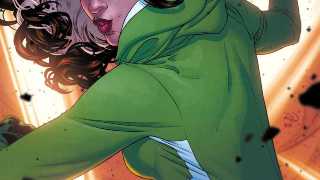 The first class of Marvel Young Guns was announced in 2004. The program was designed by Marvel to spotlight the rising star artists in the comics industry. Previous Young Guns include some of the biggest artists in the industry, such as Jim Cheung, Steve McNiven, Leinil Yu, Daniel Acuña, David Marquez, and Sara Pichelli. These artists have gone on to draw some of Marvel's biggest titles and some of the Marvel Universe's most important events of the last 15 years.

"I still clearly remember the launch of Marvel's original Young Guns campaign over a decade ago, crafted as an innovative way to recognize and promote the upcoming artists we believed in - and knew would one day be superstars!" said C.B. Cebulski, editor-in-chief of Marvel, in a press release. "From its inception, Young Guns has always been about living up to Marvel's long legacy of identifying and hiring unique and groundbreaking talent to give our fans the best looking comics on the stands. And here we go again! Introducing the class of 2018, six artists poised for greatness, whose art will grace the pages of some of the coolest comics of the year!"