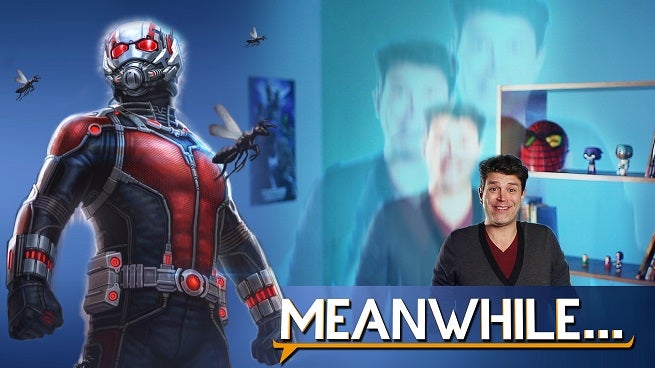 With a movie trailer generating a ton of buzz and a new #1 on the stands, the Meanwhile... webseries is talking about Ant-Man.

Host Nathan Faudree tackles the origins of both Scott Lang and Hank Pym in a new video, as well as looking at how Marvel is tying their comics to their cinematic universe and giving fans suggestions for how to get up-to-speed on Marvel's shrinking...uhhh...marvel.

Paul Rudd is taking on the role of Scott Lang a.k.a. Ant-Man in the Marvel Cinematic Universe, but how exactly did the character come to be, and where do you start when you want to read Ant-Man comics?! Nathan takes on Marvel's size shifting character, giving you great places to start reading, and telling you how to jump into the current story. He also digs into Scott Lang's origin as well as Hank Pym's.

Thanks to "The Vision" for the suggestion!

Make sure to subscribe, we release new videos every Thursday!

Meanwhile... Gets You Up to Speed on Ant-Man