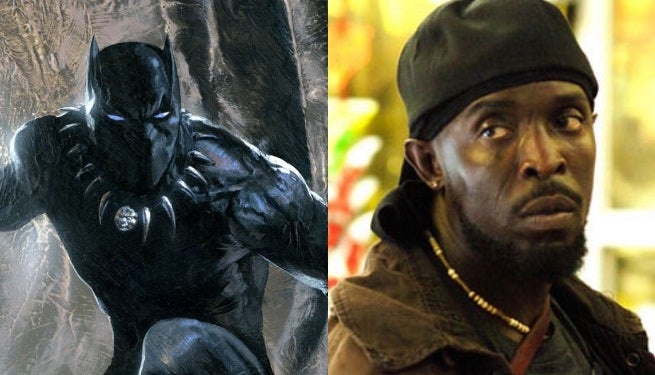 Michael K. Williams, the acclaimed actor of The Wire and Boardwalk Empire fame, is looking to become involved in Marvel's cinematic universe.

While promoting his upcoming film Kill the Messenger, which stars The Avengers' Jeremy Renner, Williams told CinemaBlend that he hasn't been approached by Marvel yet, but he wants the opportunity to black the Black Panther.

Black Panther. Yeah, definitely…I grew up with it, but I'm more excited about the opportunity. I'm a little more old school. I was into Superman, Batman, Spider-Man. My three top favorites by far. And then you know Wonder Woman, Aquaman--you know that's my world. That's my childhood…I would definitely bring that quintessential New York City edge. You know, just a little bit of that grit.

Marvel has yet to announce any Black Panther movie, though Stan Lee has confirmed that one is in the works on multiple occasions