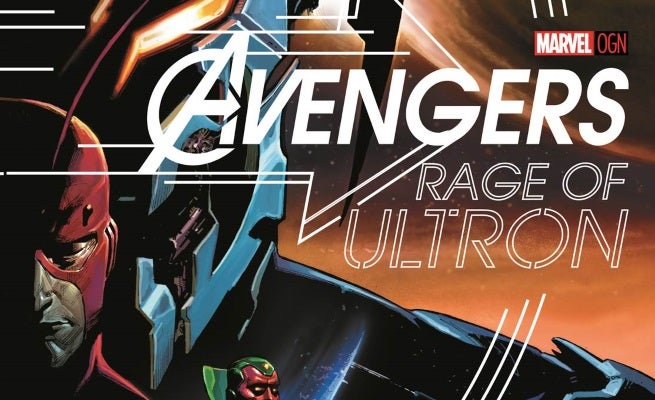 Marvel today released the latest in their series of original graphic novels, Avengers: Rage of Ultron. Another collaboration by the Uncanny X-Force creative team of writer Rick Remender and artist Jerome Opena, along with Pepe Larraz, the graphic novel brings big changes for one of the Avengers' founding members. 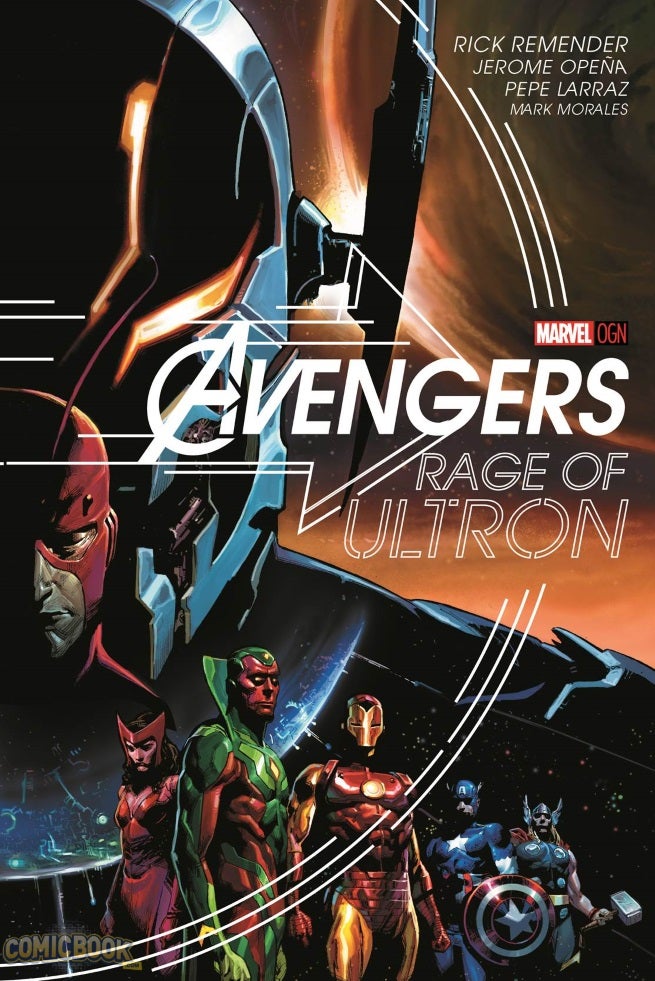 The graphic novel deals extensively with the relationship between Hank Pym and his "son" Ultron. It begins in the past, with the Avenger's last confrontation with Ultron prime, culminating in Pym deceiving Ultron and sending him into space.

Ultron returns with a vengeance and battles the modern version of the Avengers. As Earth's Mightiest Heroes fall one by one to Ultron's infection, eventually only Captain America, Hank Pym, Vision, and Starfox remain. They hatch a plan to have Vision phase into and merge with Ultron in order to undo the damage Ultron has done, opening him up to nullification with a new anti-A.I. device Pym has put together. 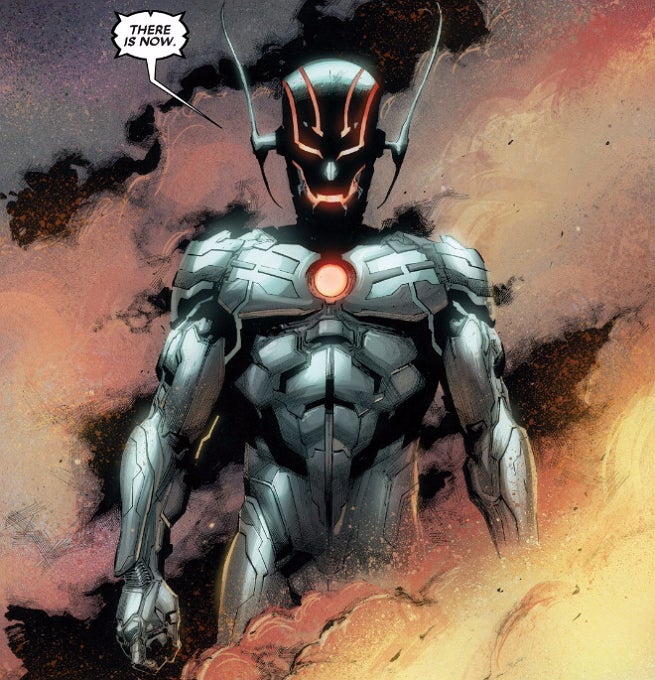 Everything seems lost until Starfox shows up and introduces Ultron to the emotion of love. Ultron flashes back to his first moments of consciousness, his first argument about the worth of life with Pym and Pym's first attempt to kill him. The emotions overwhelm him, and he rockets himself back into space.

The Avengers presume Pym to be dead and hold a funeral. The final pages of the graphic novel show Ultron floating in space, his reactor core replaced by a human heart. 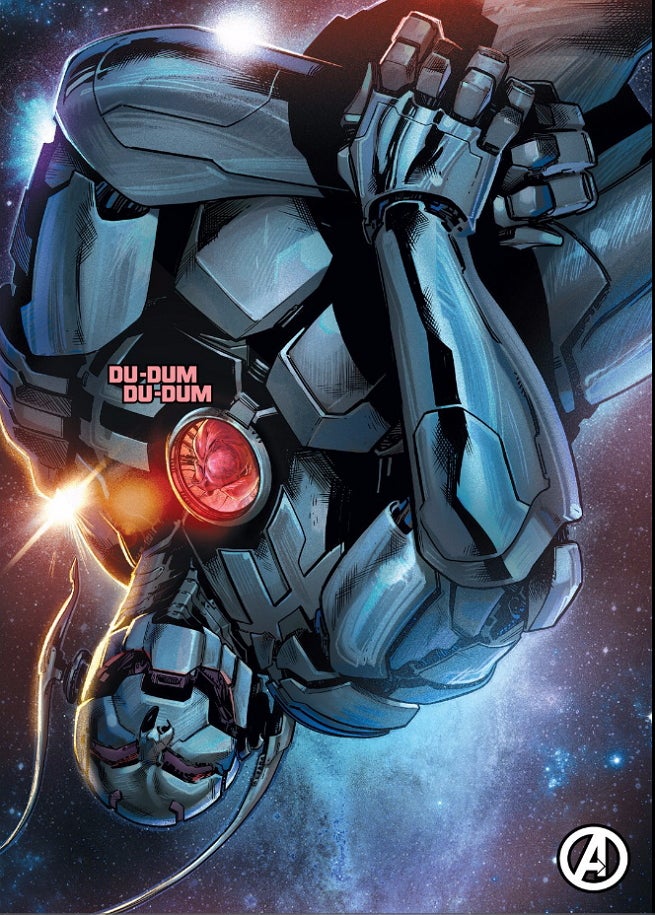 The comparison between Ultron and Pinocchio that started with the first Avengers: Age of Ultron trailer seems to be taken a step further here, with Ultron becoming more like a "real boy." But what does this mean for Hank Pym? Is he still alive in there somewhere? Is he truly one with Ultron, or are the two consciousness wrestling for control? Is his heart organic, and what does that mean for Ultron's whole "kill all human" modus operandi?

There's a lot of questions still on the table, but I have feeling we won't get them answered until after the events of Secret Wars. We'll have to wait and see what Marvel has in store for Pym and Ultron in the near future.

Avengers: Rage of Ultron is on sale now.

SPOILERS: Does A Founding Avenger Die In Rage Of Ultron?