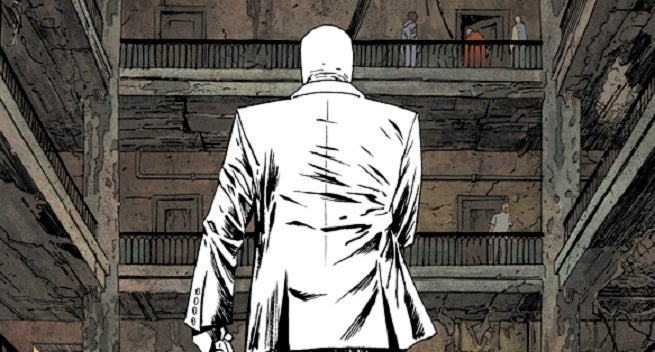 Earlier this week, ComicBook.com got to see an exclusive sneak peek of the next issue of Marvel Comics's Moon Knight, the second-to-last issue to be done by the current creative team of writer Warren Ellis and artist Declan Shalvey.

Shalvey, at the time, explained that Ellis had left and that while he had been afforded the option of staying on with the new writer, he decided against it in favor of allowing the book a clean start with an entirely new team, and taking a hiatus from monthly comics.

Ellis had stayed fairly quiet on the subject, until an e-mail blast that went out to his fans yesterday. You can check out what he had to say about leaving the title below.

"Issue 1 went to three printings, and 2 and 3 went to two printings, and so I consider that a job reasonably well done," Ellis wrote in his e-mail newsletter(via CBR). "The job has been, simply, reactivating Moon Knight as a productive property for the Marvel IP library. And, in personal terms, producing six single stories that held together, because I thought it would be amusing to provide a book that could be entered at any point and still give the reader a complete experience. Which goes against the grain a bit, because the modern commercial-comics reader has been very much entrained to expect long arcs rather than singles. I'm sure there are plenty of complaints out there about the lack of character arcs or long stories. But the book is still getting bought and reordered. So I guess we found an audience after all."

Brian Wood and Greg Smallwood will take over the title in the fall.