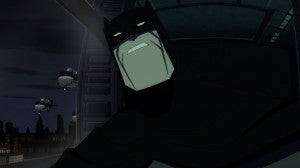 A trio of new interviews has been released featuring Mark Valley, Peter Weller and Michael Emerson in promotion of the forthcoming release of Batman: The Dark Knight Returns Part 2 from Warner Animation. Valley, Weller and Emerson are no strangers to genre fare, having starred in Human Target, RoboCop and Lost, respectively. The three interview clips feature Weller (Batman), Emerson (Joker) and Valley (Superman) discussing the virtues of playing superheroes and villains. 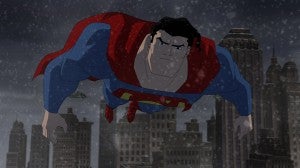 "You know, I have no particular attraction to playing heroes or superheroes," Weller said. "More interesting to me is someone who has to deal with day-to-day problems of survival--you know, a guy who's got a drug problem, or his wife has run out on him or someone's killed his dog is much more interesting to me than playing a superhero. A superhero is pretty cut-and-dry...it's fun, though. It's fun to play superheroes. You get to be super, and you get to be a hero." "I'm eating it up, I'm having a great time," said Vallley of playing the Man of Steel. "It's fun to play a hero, but I love to be able to put a little bit of irreverence or a little bit of humanity to it. A little sarcasm or irony or something like that is fun to see." 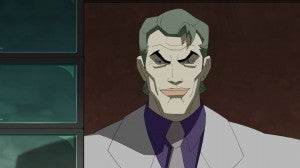 "I have to say that I don't have to search very far and wide to find a very twisted or dangerous character," said Emerson. "I've played a number of them over the years and it's actually harder for me to play un-twisted--so this seems like something that comes very naturally." Batman: The Dark Knight Returns Part 2, the next entry in the popular, ongoing series of DC Universe Animated Original Movies, will be distributed by Warner Bros. Home Entertainment on January 29 as a Blu-ray™ Combo Pack and DVD, On Demand and for Download. The PG-13 film is produced by Warner Premiere, DC Entertainment and Warner Bros. Animation.