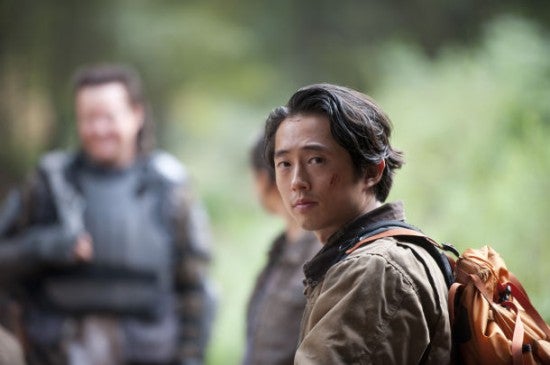 AMC's The Walking Dead star Steven Yeun and Felicia Day, the creator of the cult-hit webseries The Guild, are set to star in Chew, an animated feature film adaptation of the hit Image Comics series. Jeff Krelitz, who directed the animated Torchwood: Web of Lies and Peter Panzerfaust projects, is set to direct, from a script by Chew co-creator John Layman. Chew will be the first animated project from Krelitz and partner David Boxenbaum's  Heavy Metal multi-media company. The producers are aiming for a digital broadcast and home entertainment release. 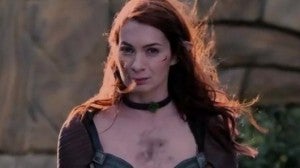 Chew is a long-running Image Comics series that centers on Tony Chu, a detective who gets psychic impressions from whatever he eats; the story is set in a world where bird meats are illegal after a bird flu killed millions of Americans. Yeun will play Chu, while Day will voice Amelia Mintz, a world-class food critic and Chu's love interest. Just yesterday, Layman and co-creator Rob Guillory announced Chew: Warrior Chicken Poyo, a spinoff miniseries that will launch in July and take a fantasy/medieval war approach to...well, chickens. The project was previously set to be a series on Showtime, but after being described as "shockingly loyal to the comic," the project seemed to suddenly fall apart. "There will not be a CHEW TV series on Showtime," the writer tweeted simply back in February. According to The Hollywood Reporter, who broke the story, Yeun is a longtime fan of the series "and was considered by the filmmakers to be a no-brainer to play the Asian American Chu." Day has been a fan of the book since 2010, when she called it "sublime" and "original" in a tweet. Chew will cross over with Revival, another Image Comics series said to be in film or TV development, next month. Back in 2009, the first issue of Chew was printed for free in the back of an issue of Robert Kirkman and Charlie Adlard's The Walking Dead, with Kirkman saying that it was one of Image's most promising new titles in quite some time.