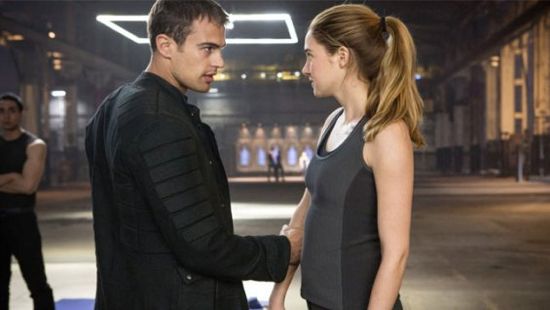 Given terrible reviews ahead of its release yesterday, Lionsgate's Divergent was a hard movie to predict. While it's received a ton of buzz, so did Ender's Game, a similarly-targeted and -marketed film that flamed out at the box office over the summer. Most young adult novel adaptations, in fact, have been disappointing of late, with reliable print franchises like Percy Jackson and The Mortal Instruments underperforming. Like Twilight and Harry Potter, The Hunger Games has proven itself exceptional in a field of competitors, and it was distinctly possible that no matter its good intentions, Divergent would end up just another expensive trainwreck with no hope of a sequel. That's looking at least somewhat less likely now, as the Shailene Woodley-led drama is expected to generate a little more than $50 million this weekend, easily beating out the #2 movie in the country, Muppets Most Wanted, which is performing lower than expected, presumably due to competition from the weekend's #3, Mr. Peabody and Sherman, which is continuing to perform well in its third week and is targeted at a similar audience.

There has been buzz, with Muppets getting solid reviews and word-of-mouth and Divergent not, that the two could end up fairly close at the opening weekend box office, with some excitedly projecting that Muppets Most Wanted might even take the weekend, but it's looking like without Jason Segel and Amy Adams, the Muppet movie mojo isn't quite what it used to be. The film is expected to open somewhere between $25 million and $30 million -- which isn't bad, but it isn't the significant increase over The Muppets's $29 million opening that many studios hope for from sequels in today's franchise-driven market. 300: Rise of an Empire (speaking of sequels) is going to generate about $8 million this weekend to take the #4 spot. Other films of interest include The Lego Movie, which is closing on $250 million domestically, and Veronica Mars, which is closing in on a $3 million, two-week cume. That film was down about 75% from last week's big opening weekend (not surprising given that it's a niche film open in a handful of theaters and widely available digitally), but will continue to expand over the next to weeks with an eye towards a sequel.