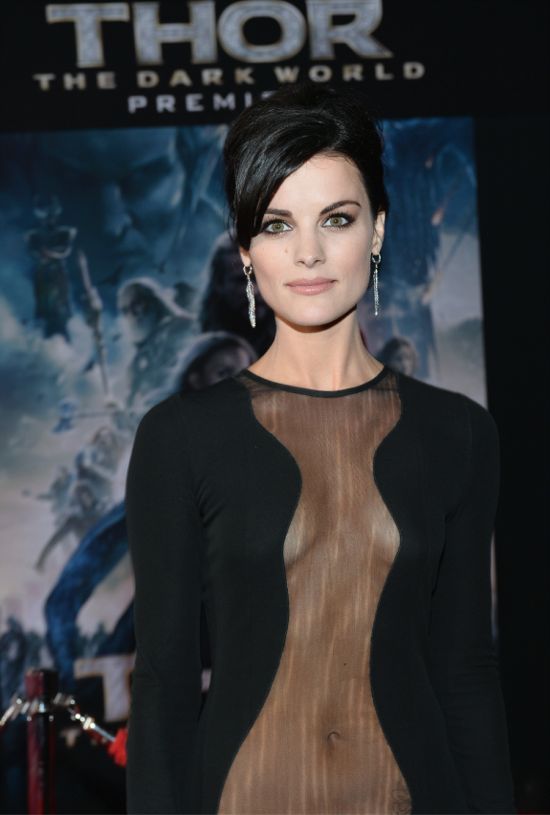 While Jaimie Alexander was working the red carpet to promote Marvel's Thor: The Dark World, MTV thought it would be the perfect time to ask her about the possibility of her playing a role in a competing comic book franchise. When MTV posed the generic question of what is going on with Batman Vs. Superman, Alexander joked, "Like, who would win in a fight?" Her answer turned out to be "probably Superman." When MTV persisted asking if she could say anything about potentially being up for a role in the film, Alexander said, "You know, I can't. What I can say is I'm here to talk about the Marvel Universe. And that is all I have to say about that." However, Alexander's polite redirection did not dissuade MTV in the least, so they re-asked the question hypothetically to if she had a meeting about Batman Vs. Superman. Alexander finally relented and said hypothetically it would be cool. As a follow-up hypothetical question MTV asked what role Alexander would be interested in. After initially trying to avoid the question again, Alexander said, "You know, I have been a huge fan of Wonder Woman since I was a little kid, so I'm absolutely flattered that a lot of people have chosen me as their fan choice. I think that is pretty epic and incredibly humbling." Batman Vs. Superman is scheduled to be released in movie theaters on July 17, 2015.