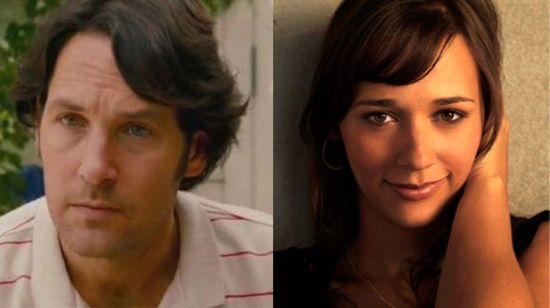 While this isn't exactly new information, it does add more credibility to previous reports. Schmoes Know is reporting that Paul Rudd and Rashida Jones are close to being cast as Hank Pym and Janet van Dyne. News of Rashida Jones being in the running for the Janet van Dyne role recently broke on Superhero Movie News. And Comicbook.com was first to report on Paul Rudd being rumored for Ant-Man way back in February.  Of course, everyone thought we were crazy back then, when we wrote, "Someone like Paul Rudd who has a dry sense of humor is exactly the type of actor that Marvel Studios is famous for casting." A little over a week ago Variety also reported that the Ant-Man role was down to between Paul Rudd and Joseph Gordon-Levitt. Schmoes Know says their information comes from the same reliable source that gave them the scoop on Beetlejuice 2. It's also interesting to note that Schmoes Know says Paul Rudd is close to being cast as Hank Pym, as there has been some recent debate over if Ant-Man might be Scott Lang, and Hank Pym might play a secondary role in the movie.