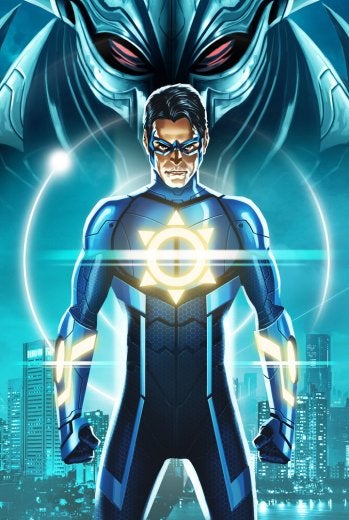 Stan Lee is going Bollywood with Chakra the Invinible, one of his latest creations and the first Indian superhero comic book character, according to The Hollywood Reporter.

Lee's POW! Entertainment and Indian entertainment company Graphic India are developing the film, and are beginning to speak with the best of Bollywood's directors, writers and producers about the project.

Chakra the Invincible star Raju Rai, a teenaged tech genius who want to help people. He builds a suit that allows him to tap into his body's mystical Chakras, unlocking new powers.

The film adaptation will feature an adult Chakra battling his archenemy, Boss Yama.

"We've set up some great meetings already with some of the most amazingly talented actors and directors in Indian cinema and I have no doubt that these individuals will help make the Chakra film a massive hit in India and around the globe," said Lee in a statement.

Chakra the Invincible is expected to go into pre-production in 2015, and begin filming in 2016.