This weekend saw The Hunger Games: Catching Fire set a handful of new box office records, including the biggest November opening weekend and the biggest non-3D opening. The record for November's biggest domestic record, broken earlier today, belonged to The Twilight Saga: Breaking Dawn Part 2 and there will be third and fourth Hunger Games movies, expected to debut in November of the next two years, so look for Lionsgate to spend the next couple of years trying to find the next big franchise like this. Batman, Superman, The Avengers and James Bond have dominated the box office, meaning that movies aimed mostly at males 18-35 have been getting most of the love--but if Catching Fire can take down Iron Man 3 as the year's #1 (unlikely but possible), it will send a strong message that the Twilight and Harry Potter franchises weren't fluke occurrences. 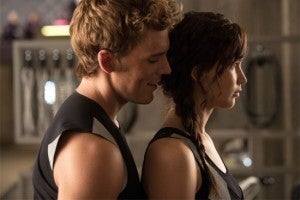 Frankly, even a strong second week that propels the movie into the top ten would shake some people up. Both Ender's Game and Thor: The Dark World scored big opening weekends and then dropped 60% to 63% in their second frames. A 62% drop for The Hunger Games: Catching Fire would see the film score another $99 million next weekend in the U.S. and cruise past Gravity into the year's top five. That would also put its two-week domestic total within striking distance of the $292.3 million that Lionsgate made on Breaking Dawn Part 2, the studio's second-highest-grossing film ever (behind The Hunger Games). And all of those numbers function on the false logic that the movie makes zero dollars on Monday through Thursday. Many fans are a bit put off by all this talk about money, but it has to be contextualized; this isn't just about "Wow, look at all the money this movie made," it's about the fact that when Lionsgate is making decisions going forward about what kind of film they want to put out, or more specifically what kind of existing properties they'd like to mine, it cannot be ignored that by the year's end it's almost guaranteed that their three top-grossing films in studio history will be adaptations of young adult novels starring female protagonists. This comes at a time when many studios--including the box office juggernaut that is Marvel--hem and haw about putting a woman at the front of a major franchise. It's also important for Lionsgate's well-being because Ender's Game didn't turn out to be what they had hoped (earning $60 million domestically and $79 million worldwide so far on a budget of more than $100 million), and they've not only lost Twilight recently but the Tyler Perry movies aren't performing the same way they used to, either; Temptation: Confessions of a Marriage Counselor generated just $50 million at the domestic box office, compared to more than $65 million for last year's Madea's Witness Protection or $90 million for the franchise-high 2009 entry Madea Goes to Jail. Even removing the popular Madea character from the equation, this year's installment lags behind Perry's Why Did I Get Married? movies. 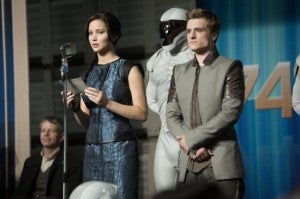 The Hunger Games franchise may not only guide Lionsgate into what kind of films they want to make in the future, but also be informative for both Marvel Studios and Warner Bros. as they inch toward making a female-centric superhero film. Jennifer Lawrence is surely a singular talent and not everybody can build a franchise around her, but the success of the films--which seem likely to beat out at least Thor and Superman this year, and possibly Iron Man as well--should spark serious discussions about strong female leads that Twilight (in spite of its box office success) never could because of the problematic way Bella was depicted. Whenever studio heads are grilled about this issue, the same handful of films come up as examples that women are more difficult to write than men in an action setting; the conversation starts and you can clock the seconds until Elektra, Catwoman, Salt and movies like that are name-dropped. Those three films are illustrative of what Hollywood is looking for; the actresses who led up the films were proven box office draws and they were all fairly expensive films that had decent promotions budgets. In the case of both Catwoman and Elektra, they were spinoffs of existing properties launched with male leads, although in both cases it could be argued that the "parent" films were as much the problem as anything else by the time the movies hit cinemas. Halle Berry couldn't save a script that spent nearly a decade being rewritten, cut apart, thrown in the air, pasted together and then rewritten again, and neither could Jennifer Garner do anything about a movie that was spinning off of Daredevil just as Ben Affleck had started to become box office cancer. At least Salt got reasonably good reviews and turned a modest profit at the domestic box office, even if it didn't get anywhere near what they hoped. The problem here is the instinct to blame the lead for the failure of a film where the problem is clearly the script, direction, and generally everything involved with the production. Saying that Wonder Woman is a tough nut to crack may be true--Marvel has acknowledged that integrating the mythological aspects of Thor was one of their biggest challenges. Saying that Wonder Woman is a tough nut to crack because Catwoman was a disaster, though, is just silly. Sandra Bullock's box office take over the last five years is as good or better than most male leads. The same can be said of Melissa McCarthy, who also has the attention of about 10 million viewers a week on Mike and Molly when she's not on the big screen. Both of them have been integral to the marketing and promotion of their films, so it's clearly not that moviegoers won't watch a blockbuster with a woman in the lead. 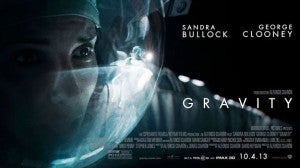 But in very specific terms, Gravity was marketed as a co-headlining movie from Bullock and George Clooney, but anyone who saw it knows that it was Bullock's film. Clooney was perceived as being necessary to market the movie in spite of the fact that since 2008, his movies have generated about $634 million total at the domestic box office, compared to Bullock's $891 million. During that time, Clooney made nine films to Bullock's six, meaning that the per-film average is even more heavily skewed in Bullock's favor. During that time, the total budget for Clooney's films came to a minimum of $307 million and the budget for Bullocks clocked in at $214 million. That means that for every dollar spent producing a George Clooney film, the studio saw $2.07 back. That isn't half bad, really. You know what it is half of? The $4.15 they saw on every Sandra Bullock dollar they spent during the same five-year period. Each of them had a couple of low-budget indie films and a couple of failures during the five-year period, but Clooney--the name Warner Bros. was convinced was necessary to promote the film--averaged just over $70 million per film during that period while Bullock averaged upwards of $148 million. So what is there to be taken away from the success of The Hunger Games? A couple of things. First of all, like Twilight before it (love it or hate it), the film unabashedly appeals to young women, which is a demographic grossly underserved by the movie industry as it exists right now. Second,  fidelity to the source material is important. You don't have to be slave to the novels or comics, but something like Catwoman is just bound to fail when you completely untether from the source material so that if something isn't working, there's nobody to blame but yourself.

The Hunger Games: Catching Fire: What Marvel, DC and Hollywood Can Learn