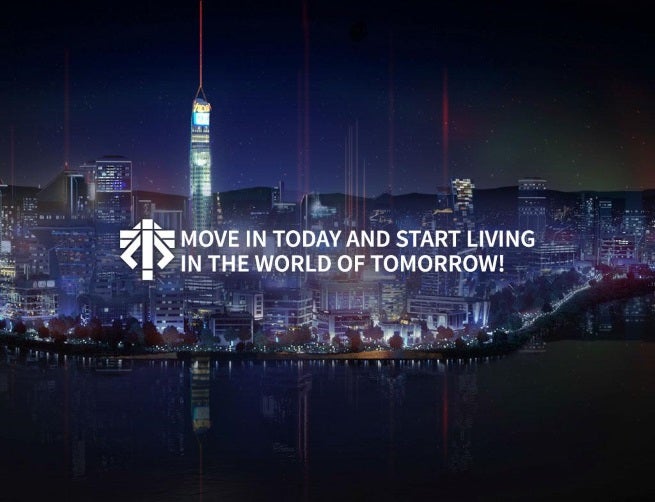 2K Games is teasing a new project with the hashtag #ADVENT. The developer/publisher's Twitter account has tweeted an image of a futuristic landscape with a message promising a utopian city, "Move in today and start living in the world of tomorrow!"

However, a follow up motion poster suggests things are not as they seem. The motion poster swaps the idyllic future landscape for one where smoke rises from the city, flashing the edited message, "Move in today and FEAR the world of tomorrow!"

The first tweet links to the website ADVENTFuture.org, which is the website for the aforementioned city of tomorrow. The website promises a city that offers the luxuries of the rich for all classes, made possible by ADVENT's cutting edge technology, include advances in the medical field.

This all sounds like a set up for a utopia-turned-dystopia, which is the stock and trade of 2K's BioShock franchise. So could the new game, which seems to be titled ADVENT, actually end up being BioShock: ADVENT?

We can't judge anything based on the setting itself, since BioShock Infinite made it clear that the series can jump from one dystopian city – or reality – to another, but the setup for a new BioShock game certainly seems to be there.

On the other hand, ADVENT could be an entirely new game series. BioShock doesn't have a patent on dystopian settings, after all. With E3 just a few weeks away, we'll likely know for certain sooner rather than later.

2K Games Teases ADVENT, Is It A New BioShock?

AEW: MJF on His Promo Battle With CM Punk Getting Mentioned on WWE Raw

Spider-Man vs. Wolverine - Tom Holland Reveals Who He Thinks Wins In A Fight

Spider-Man: No Way Home Was Almost a Kraven the Hunter Story