With about three months left to go until it hits the stands, it nevertheless seems we have a pretty good idea of which alternate realities we'll see in DC Comics' Convergence event in April and May.

We had some pretty good ideas even before the solicitation text for April's comics hit the Internet, with October's Booster Gold: Futures End one-shot hinting at the tale's exact nature with the appearance of some Elseworlds and alternate earths and then the first official teaser for the series using imagery that seemed to echo some of those hints.

With Kingdom Come, the classic Earth-2, Charlton Comics, Red Son, DC One Million and more aimed at a comeback, though, it remains pretty easy to look at the solicitations, and the posters, and say, "Why not ______?"

Here are some of the comics that could fill in that blank. 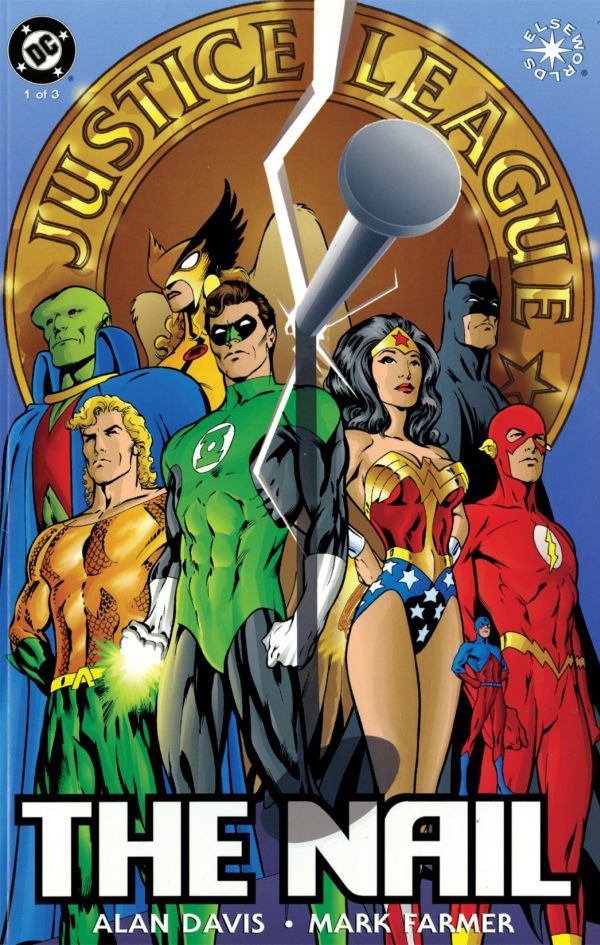 Like Red Son, the story of Justice League: The Nail revolved around how the world would be different if Clark Kent hadn't had the same luck.

When Jonathan Kent ran over a nail in the road en route to checking out the cosmic phenomenon in his North Forty, the result was that he and Martha never raised Kal-El, meaning that the world had to get along without Superman.

It's easy enough to see why this story -- as good as it was -- isn't represented; many of the League members and much of DC's history exist with only tweaks, and there weren't any major costume redesigns or anything that would have made it obvious who the characters from this reality were. Still, it was a truly enjoyable series and one of only a few Elseworlds tales to earn a sequel. It could have been fun to peek in on that world again. 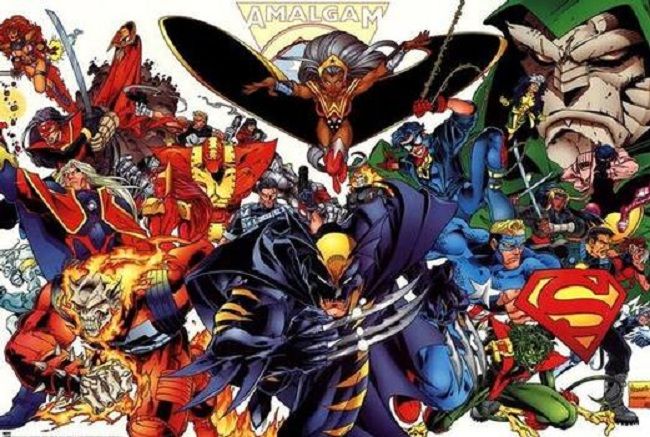 Look, it's pretty clear why they can't use this story in a major crossover event; the properties are probably under some kind of embargo or ban, and even if they weren't, it's likely just including them would trigger a contract clause that would see Marvel gets some kind of money...

...but tell us it wouldn't be kind of awesome to see Kingdom Come Superman punching the crap out of "Doctor Doomsday" up there. 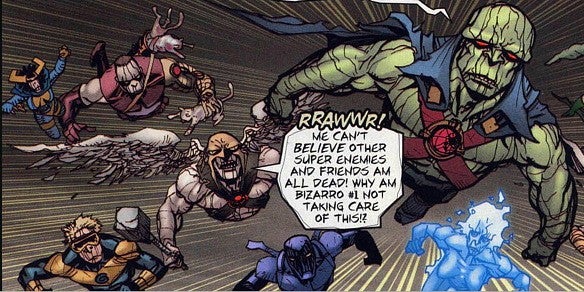 There's something strange and hilarious about the version of Bizarro World seen during the Infinite Crisis era, when there were Bizarro versions of every superhero, not just Superman, including some offbeat and/or jokey ones like a version of Arsenal who fired dead cats instead of arrows.

It's hard to imagine that characters like this couldn't inject some humor and anarchy into a situation, although maybe they were omitted since trying to tell an 89-part story in two months is anarchic enough. 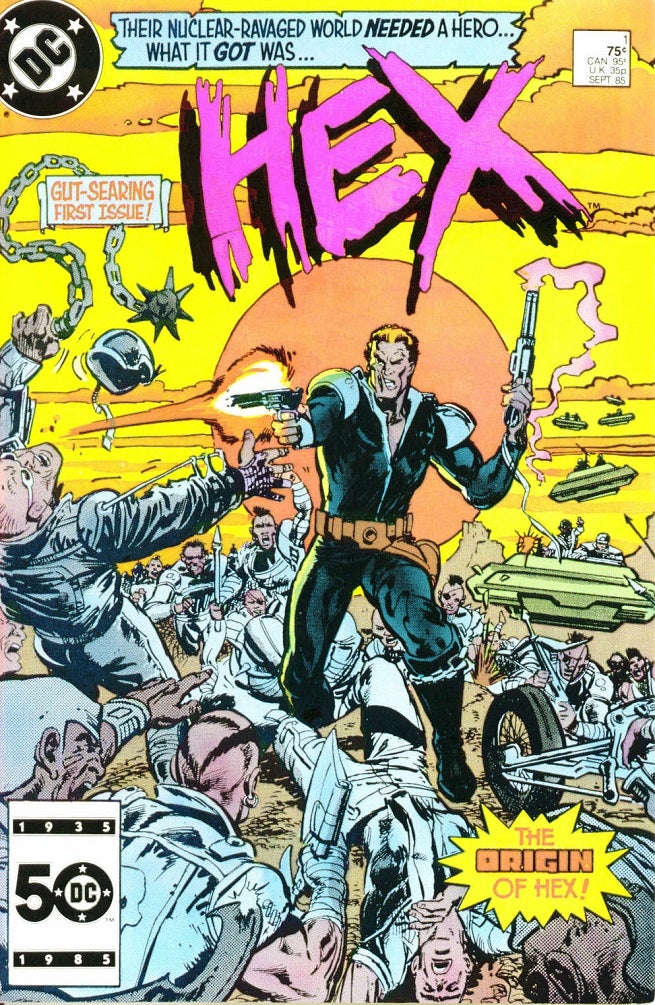 DC loves its post-apocalyptic futures, but few were more strange than that seen in Hex, when the Western gunfighter Jonah Hex was flung into a post-nuclear future.

Of course, with the characters of Kamandi's world showing up in Convergence, it's easy enough to understand why they think relatively non-powered heroes in a nuclear wasteland was already spoken for...but is it too much to ask for a little more Jonah Hex in our lives?

And, look! Like Crisis, Hex is celebrating its thirtieth anniversary in 2015! 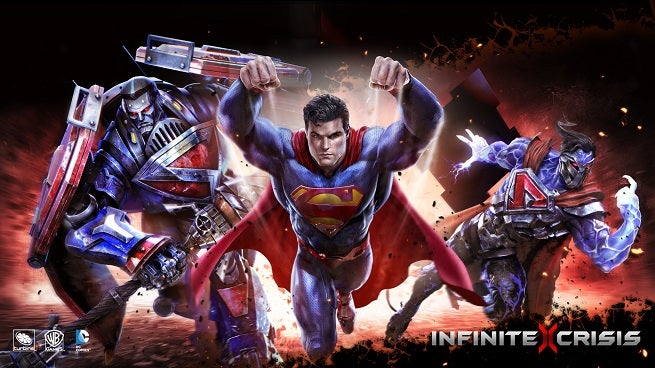 The Infinite Crisis video game has provided DC with a hot-selling alternative timeline story. So why isn't it being incorporated into this Crisis-level event?

Probably because DC has plans for what to do with the worlds of Convergence when all is said and done, and that whatever it was, it would endanger the idea of continuing to publish a monthly comic set in that world.

5 Alternate Realities That Should Have Been In Convergence