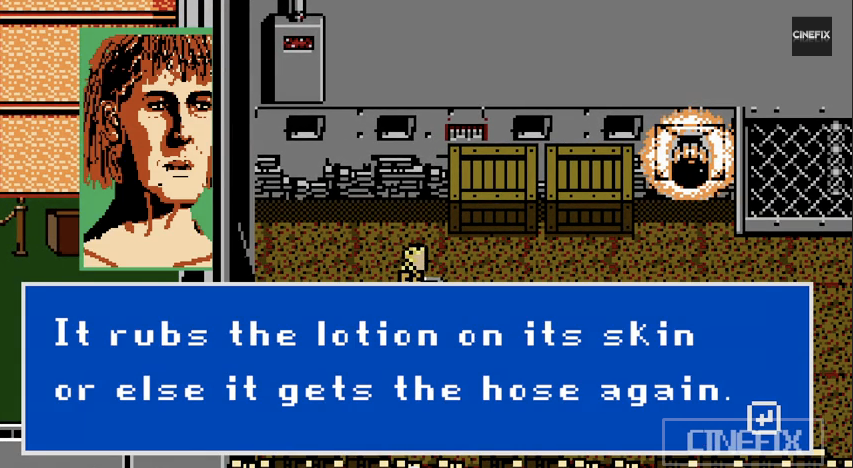 8-Bit Cinema has released its latest NES-inspired video, The Silence of the Lambs, just in time for Halloween.

Using an overhead storytelling popularized by "The Legend of Zelda" or "Final Fantasy," the video provides a humorous interpretation of the classic horror film. As an 8-bit Clarice Starling travels through an 8-bit world of psychological terror and intrigue. , she receives power-ups like Hannibal Lecter's Notes, Raspails Head, the Moth Coccoon, and more

Of course, there's also plenty of grotesque brutality from the hands of Bufallo Bill and Hannibal Lecter, showing viewers what the small intestine would look like on a Nintendo.

If ESRB ratings were around in the 1980s, we're pretty sure this would have gotten the "M for Mature" grade.