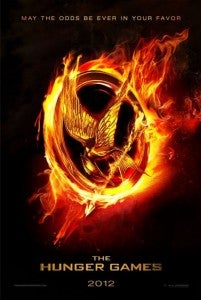 Hunger Games is a book and now a movie that cries out for its own comic book series. One of the major comic book publishers should look into licensing the rights to produce a Hunger Games comic book right away. Last year, DC Comics relaunched its entire line of comic books garnering huge attention from the press. It worked as DC Comics saw sales increase, due both to current readers buying more titles and lapsed comic book readers returning. While not doing a full line relaunch, Marvel Comics has also rebooted a number of their series over the last couple of years to make them more accessible to new readers. As successful as the recent moves by DC Comics and Marvel Comics have been in bringing in new readers, a Hunger Games comic book would do much more in reaching new readers. Hunger Games is very popular with teen readers, and it appeals to both young men and young women. Relaunching current superhero titles isn't likely to reach younger readers that are not currently into comic books. The way to reach younger readers is to produce comic books about the stuff that they are already into. A Hunger Games comic book could tell additional stores about the Hunger Games characters. With a significant wait time between movies, the comic book would be a great way for fans to bridge the gap. The Hunger Games would also be a great fit for getting younger readers introduced to digital comics. The Hunger Games trilogy helped Suzanne Collins to become the first young adult author to sell over one million Kindle e-books.

A Hunger Games Comic Book Would Bring In New Readers