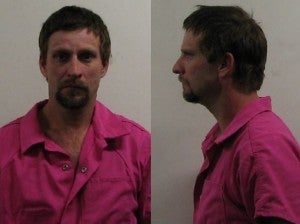 Mike Meyer, the 48-year-old mentally-disabled man who was conned and robbed of his expansive Superman comics and memorabilia collection last month, has his items back, according to Granite City Police in Illinois.

KMOV News in St. Louis reports that Gary Armbruster, suspected of the crime, was apprehended after police responded to an unrelated incident wherein Armbruster allegedly forcibly stole money and jewelry from a 76-year-old man whose property he had been hired to clean. The man's description connected the two crimes and police now say that Meyer has all of his property back. Armbruster is being held on $100,000 bail.

Meanwhile, massive collection efforts across the Internet have had fellow fans and comics industry professionals sending Meyer items via a reporter at the St. Louis Dispatch and Meyer's cousin. Facebook and other social networking sites had been set up to organize and direct the donations.

"I think as kids, that's the kind of lesson we get from Superman," said Jon Bogdanove, who drew Superman: The Man of Steel throughout the '90s and contributed some items to Meyer. "Superman is really about doing whatever you can to help."

Apparently Meyer learned it, too. According to the same article that quoted Bogdanove, he intends to donate the gifted items to a children's charity now that his original collection has been returned.