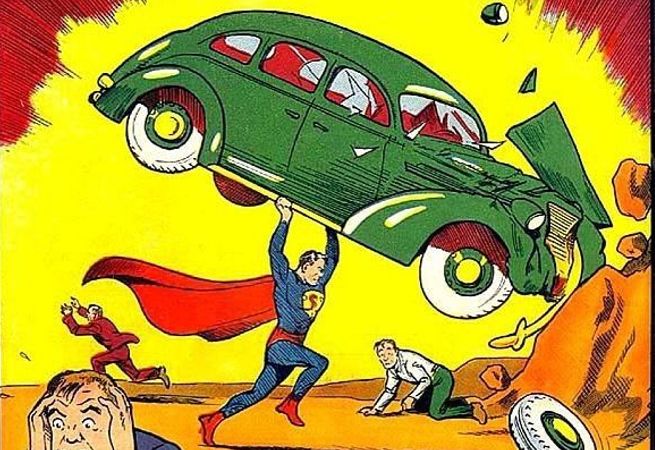 Action Comics #1 featuring the first appearance of Superman is going to break its own world record. A 9.0 CGC graded copy of Action Comics #1 has currently reached a bid price of $2,193,919.38 on ebay.

The current world record price for the most expensive comic book ever purchased at auction is $2,161,000 which was also a CGC 9.0 copy of Action Comics #1, which was sold in 2011. It's very rare that high grade copies of Action Comics #1 come on the market, so they often set new record when they do.

With close to two days left in the auction, this latest 9.0 CGC copy of Action Comics #1 will almost certainly rise even higher. A $3 million+ selling price is not outside the realm of possibility. One interesting note on the bidding is that the $19.38 at end of the current bid is a callout to the year 1938, when the first issue of Action Comics was released.

All bidders in the auction had to be prequalified so this isn't a case of fake bidders running up the price.