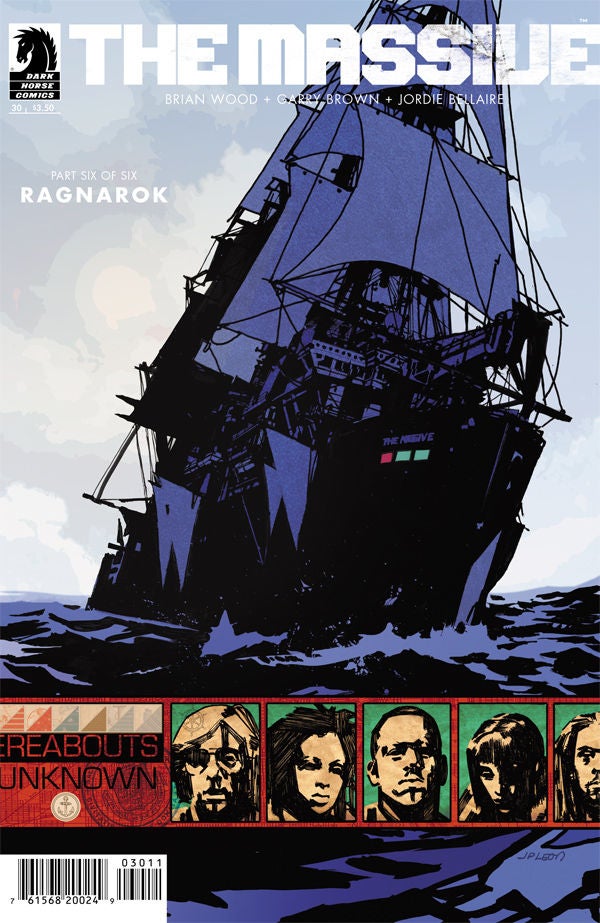 Brian Wood understands that all art is political. Whether it's in corporate-driven series like Moon Knight or a creator-owned opus like DMZ, Wood's work always contains a message. It's never anything as simple as being pro-X or anti-Y, or leaning to the right or left, or constructing easy allegories for modern events. His stories are driven by beliefs that can't be summarized on a bumper sticker, ones that require a reader to carefully unpack and consider them, enhancing the stories into which they are woven.

The premise of The Massive was rife with political ideology from the start. It is set aboard a ship full of environmental activists, composed of a wide swath of humanity from soldiers to students, after the world has almost ended. Both the crew and their post-apocalyptic setting are commentaries on our own world. They bring unique perspectives from across the globe representing the multi-faceted face of humanity. After twenty-nine issues of exploration, survival, and struggle Wood, artist Garry Brown, and colorist Jordie Bellaire are bringing this environmental odyssey to an end.

Although The Massive #30 is positioned as the final chapter of the story "Ragnarok", it functions as an epilogue to both that story and the series itself. "Ragnarok" was a truly massive tale, one that discarded the ambiguity between scientific and mystical explanations in order to fully embrace the latter. The tectonic changes of the previous issues made for an event of biblical proportions. It was the biggest and most intense story of the series. This issue functions as the very necessary decompression from those events.

Wood and Brown take time to check in with each of the surviving crew members here and examine the new status quo after the events of "Ragnarok". The book doesn't open on a central character like Callum Israel or Mag Nagendra though. It starts with the focus of all these characters and the series itself: Earth.

The opening sequence of The Massive #30 is absolutely perfect. There are six pages before a single person is glimpsed or a word is uttered. Instead Brown leads readers on a tour of Earth, moving between water and terra firma, from birds to mammals, from blue skies to even bluer oceans. The landscapes and animals that populate these panels appear naturally and calmly, as if they are some perfected version of an ecosystem designed to show how the world can function. There is only one man-made element left in these pages and it is both literally and figuratively discarded into the smallest panel of the sequence. Brown uses wide shots to slowly pace out the revelation of this new Earth and creates an intensely peaceful feeling.

Brown slowly returns focus to The Massive and its crew, starting at the very top of the ship and descending into its bowels. Each character has a place in this new world and Brown provides brief opportunities to observe them. He varies the perspective between close ups, medium, and wide shots in order to focus both on the internal narratives of each person and their role upon The Massive. Everyone plays an active role on the ship. Even those standing in conversation are holding an important place on the boat and are passively engaged with their job. Brown avoids transforming the epilogue into a slideshow by weaving his visual narrative into everyday life aboard The Massive.

The process of checking in with each character one last time also serves to present their new home on The Massive. The first reintroduction takes place on the top of a mast, then descends to the bridge and deck of the ship, before finally moving beneath it. The Massive is revealed to be a complex ecosystem just like those seen in the issue's opening. It is composed of many distinct components and actors who all must function together in order to keep it moving forward. The Massive is a microcosm of humanity, adding a new layer of meaning to its name. 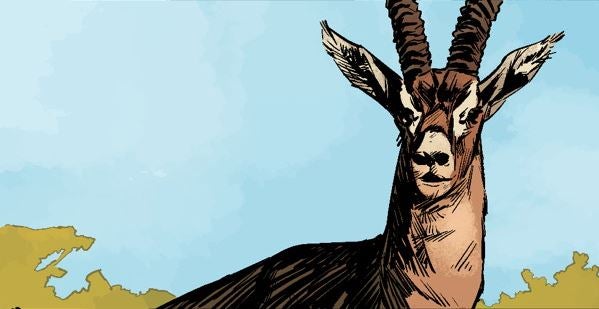 Bellaire's colors throughout the issue help to emphasize the shift in tone from what came before. She captures the bright, vibrant hues of the clear sky and ocean bringing new life to conquer the destruction that preceded it. There's a sense of hope and optimism that emanates from her palette. It is not without hints of darkness though. The Massive is distinguished from the sea by its almost perpetually black hull. Characters, still coping with the trauma they experienced throughout the course of this series, also reveal shadowed faces within darkened interiors. These moments only help to emphasize the brightness of this issue and its overall optimistic tone though.

Wood's narration of all this provides a series of inverted epitaphs for the characters. Rather than summarizing what each of these people were and focusing on this as the conclusion of their story, he opts to explore how they have changed and where they may go. The narration itself is not overly verbose; it is written poetically to capture the essence of what is and what may be. Perhaps the most significant aspect of the narration though is not what is being written, but who is writing it. 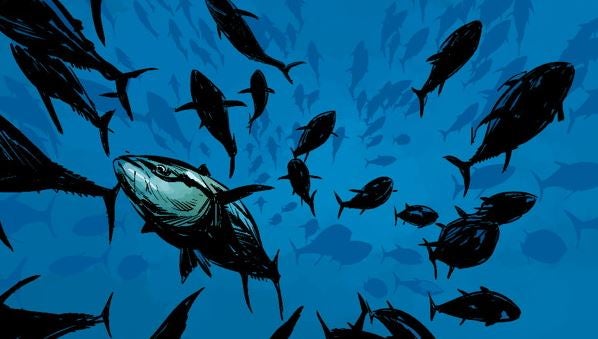 All of this serves to create an ending that feels much more like a beginning. The Massive was a series that wavered in quality at points during its thirty issue run, but here everything is pulled together into a conclusion that makes the entire series stronger. Wood, Brown, and Bellaire move across the Earth and through The Massive to study how each character in the series has been transformed and the results form a striking conceit, a message worth heeding.

The Massive's central premise was always what it meant to be an environmentalist at the end of the world. The Massive #30 rejects the very notion that the Earth is ending though. Time goes on with or without us. The belief that we could end the Earth is an act of hubris. What is ultimately at risk is us, humanity, and that is still a massive thing.

The Massive #30 is a call for stewardship. In spite of all the damage and trauma incurred throughout the series, the ending is hopeful. It does not ignore the darkness, but accepts it and then moves beyond it. This conclusion understands that the world is flawed, but it rejects the notion that it cannot be improved. Each character's journey started at a place where they were broken or without purpose and proceeded to elevate them. Seeing these characters and their world come through Ragnarok rebuffs the idea that our world is ending. The men and women aboard The Massive not only survived the end of the world; they came out better. It is a political message, one of hope and encouragement urging its readers to strive for tomorrow.

The notion that we or the world we live upon will be given a second chance through supernatural forces is a fantasy. We do possess the same thing the crew members of The Massive do though. We possess a future. It's up to us what we will do with it.