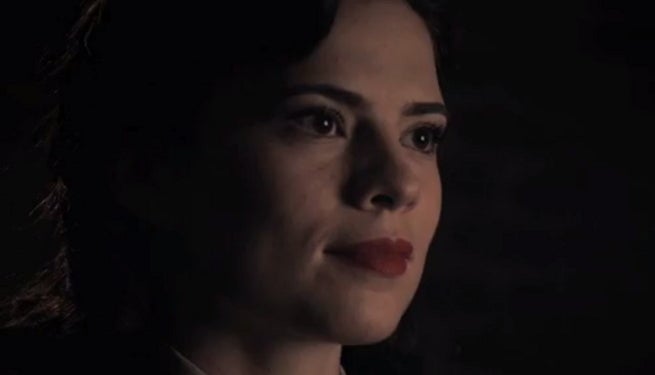 Marvel Studios and ABC have released sneak peak of next week’s episode of Agents of S.H.I.E.L.D., titled “The Things We Bury” (via IGN).

The clip flashes back to the 1940s to show Agent Carter (Hayley Atwell) interrogating Daniel Whitehall (Reed Diamond). Whitehall brings up an Eastern myth about a “star that fell from the heavens,” perhaps referring to the blue alien in the Guest House. Whitehall warns that these visitors were not saviors, but conquerors.