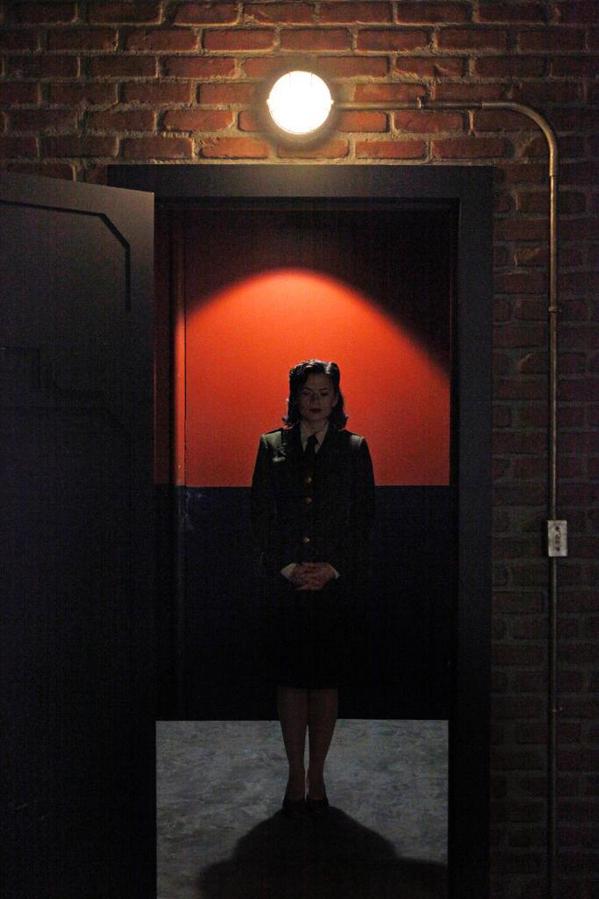 In a cross-generational guest appearance, Peggy Carter is coming to next week's episode of Agents Of S.H.I.E.L.D.

Marvel made the official announcement on its Twitter feed today, posting the above picture of actor Hayley Atwell ready for duty as S.H.I.E.L.D.'s founding agent. Since Agents of S.H.I.E.L.D. takes place in modern times, and Carter is a post-World War II character, her appearance will likely come through a flashback. Her niece, Sharon Carter, is a current S.H.I.E.L.D. agent, but has only appeared in Captain America: Winter Soldier. Maybe will pull a two-for-one and bring Sharon to the episode as well.

So far, the plot descriptions for next week's episode contain no hints on what role Carter will play. All we know is that Coulson and his crew will square off against Hydra over an ancient secret, and that Agent Ward will kidnap his brother, Senator Christian Ward. Following her Agents of S.H.I.E.L.D. appearance, Carter will headline her own Marvel TV series, Agent Carter, in January. That series will air as Agents of S.H.I.E.L.D. takes its mid-season break.

Agent Carter To Appear On Agents Of S.H.I.E.L.D. Next Week