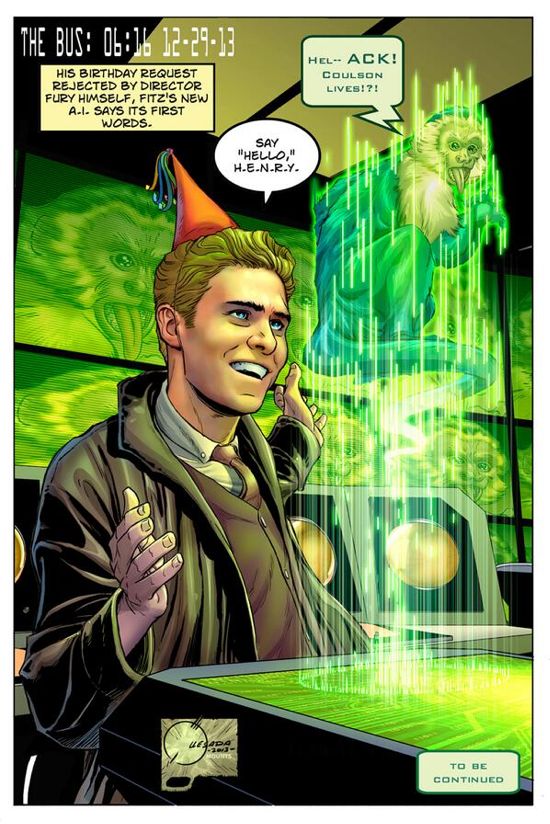 Outside of how Agent Coulson returned from the dead, the biggest mystery on Agents of S.H.I.E.L.D. so far has been if Agent Fitz will ever get a monkey. During “The Asset” episode of Agents Of S.H.I.E.L.D., Agent Leo Fitz suggested, “If we had a monkey we could get in. If we had a small monkey he could slip through the censors and disable the fence’s power source with his adorable little hands.”

Ever since Agent Fitz made the comment, it’s been somewhat of a running joke if Fitz will ever get a monkey on the show. Earlier today, Marvel Comics’ Joe Quesada and colorist Paul Mounts finally gave Agent Fitz his monkey as a birthday gift for actor Iain de Caestecker, who plays Agent Fitz on the show.

The official Agents Of S.H.I.E.L.D. Twitter account tweeted the drawing above, along with the text, “Fitz finally got his monkey, thanks to @JoeQuesada and @PaulMounts! His name is H.E.N.R.Y. Happy birthday, Iain!”

Agents Of S.H.I.E.L.D.: Agent Fitz Finally Gets His Monkey