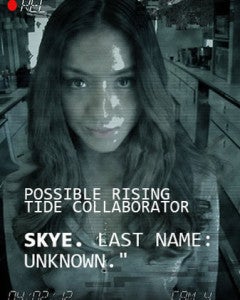 S.H.I.E.L.D. Agent Phil Coulson, who died in Marvel's The Avengers but will get better in time for the season premiere of Marvel's Agents of S.H.I.E.L.D. in the fall, appears in a new, 40-second video for YouTube's Geek Week giving a little introduction to his team from the series.

No big revelations about the show here, just a bit of Coulson awesomeness, which is something we're sure our readers can appreciate.

Of course, this isn't the first video Marvel has released today; in the last hour or so they've also dropped the second theatrical trailer for Thor: The Dark World, a sequel to one of Coulson's previous big-screen appearances.

Below his introduction, check out a closer look at Skye, the team's hacker, although the degree to which this is a spotlight on her is...debatable.

Learn about Agent Phil Coulson's S.H.I.E.L.D. team, direct from the man himself, in this special video created for Geek Week on YouTube. See Agent Coulson, played by Clark Gregg, along with the full "Marvel's Agents of S.H.I.E.L.D." cast Tuesdays at 8:00 p.m. ET beginning September 24 on ABC!