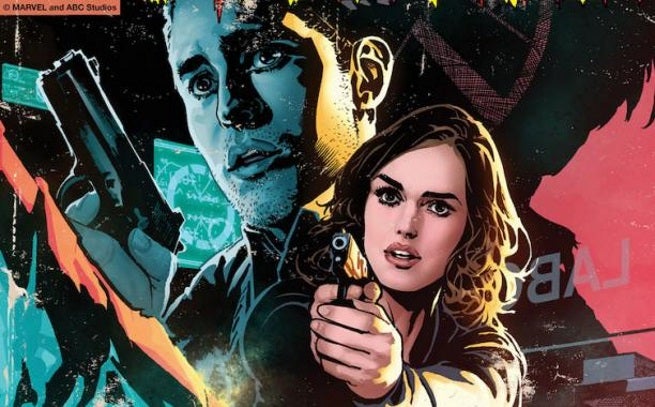 Marvel Studios has released the penultimate entry in the “Art of Evolution” series of teaser posters for Agents of S.H.I.E.L.D. Season 2.

“Episodes 20, 21 and 22 almost work as a three-parter,” executive producer Jeff Bell tells EW of the big season finale. “I think because we were doing the full two hours on the final night, we really decided to just lead into that. We left episode 20 with Jiaying saying ‘this is war,’ and Skye assuming that Gonzales shot her and attacked her, so we have S.H.I.E.L.D. and Inhumans and all our different threads finally coming together. And Skye is really torn between these two factions, between her surrogate family and her real family. Where will she go with that? And we’ve been promising Inhumans and some fun powered stuff, and hopefully we can make good on that promise as well.”

With this teaser arriving early, it seems like that tomorrow will bring the final Art of Evolution poster, teasing the second part of the season finale.