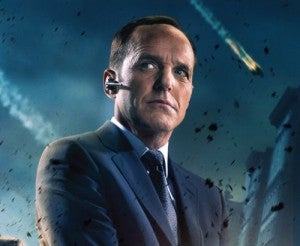 Agent Phil Coulson, who appeared in Iron Man, Thor and Marvel's The Avengers before going on to star in this fall's most anticipated new drama, Marvel's Agents of S.H.I.E.L.D., gets the spotlight in the newest "Level Seven Access" video over at Entertainment Weekly.

"Sorry, that corner was really dark--I couldn't help myself," Coulson jokes in a new snippet of footage from the show that takes place right after the previously-seen footage of his reveal to the team.

"It's something that I don't think we've seen on TV," Gregg says. "There's something for everybody."