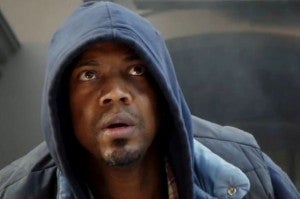 Joss Whedon has confirmed that J. August Richards, who plays a mystery "superhero" in the Marvel's Agents of S.H.I.E.L.D. pilot, will not be a regular character on the show now that it's been picked up for a full season, referring to him as a guest star in the pilot. "It's very important to me that the show stands on its own--that people that never saw any of the movies can tune in and enjoy it," the Avengers director, who also helmed the pilot of Agents of S.H.I.E.L.D. and serves as a producer on the show, told EW's Inside TV podcast. "We like being a part of the Marvel Cinematic Universe and we like having all of the mythos to play off of but if the show was 'You just missed Tony Stark. Wow, he was JUST here,' that would be the most unsatisfying show ever. We have a new ensemble- apart from Clark, it's all people I've never worked with before but I'm really excited about them, I'm really proud of them. I think people will want to see them every week." Certainly that would suggest, given that Whedon has worked with Richards in the past, that he's not part of the ensemble being referred to. In case there was any curiousity, though, he also addressed Richards specifically, saying, "He's great, he came in to guest star and he tears it up. He's got that kind of energy, he's so much fun and a lovely guy, it's always nice when you get to see your old friends again."

Agents of S.H.I.E.L.D.: J. August Richards Not a Series Regular