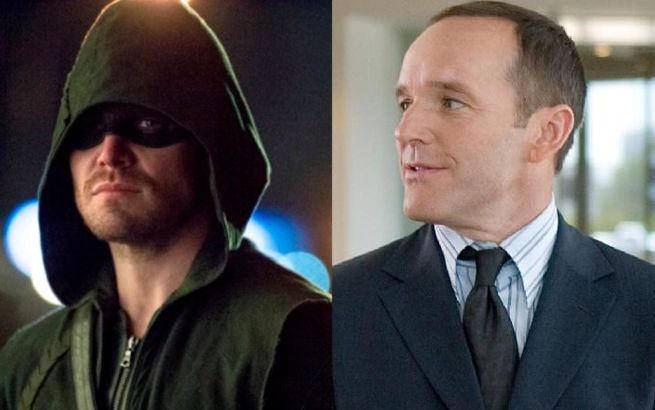 Last week, in a Facebook Q&A in advance of the Arrow and The Flash crossover, Stephen Amell was asked what other show he would like Arrow to do a crossover with. Amell responded, "Agents of S.H.I.E.L.D. Just because....because why not?”

When Comicbook.com asked Gregg if he would be interested in sharing the screen with Amell, here’s what Gregg had to say.

I was really flattered to read that. He’s a fantastic dude and that show is so great! Are you kidding me? I’d love to have a scene with him.

Gregg added, “I have so many fantasies that involve so many crossovers, not only with the DC Universe, but a galaxy far far away! Magneto! Spidey! I got to work with Spidey in animated form. I have my hopes. I hope the lawyers get together like the World Security Council and suddenly peace on Earth will reign.”

So would you like to see an Arrow and Agents of S.H.I.E.L.D. crossover? Let us know in the comments below.

Agents Of S.H.I.E.L.D.’s Clark Gregg Would Love To Do A Crossover With Arrow’s Stephen Amell