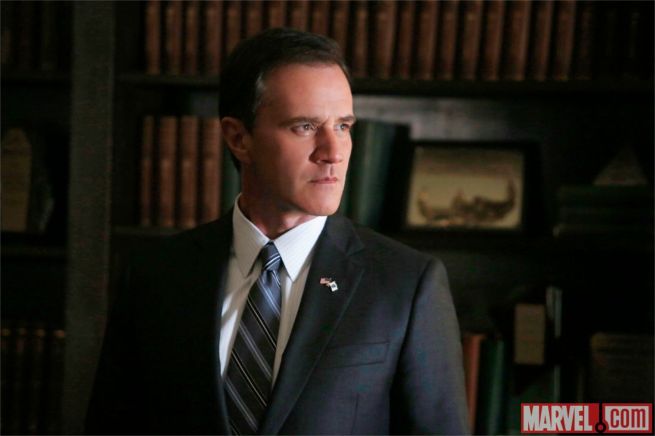 After the “A Hen In The Wolf House” episode of Agents of S.H.I.E.L.D., ABC released a sneak preview of next week’s episode, which is called “A Fractured House.”

In "A Fractured House," the world turns against S.H.I.E.L.D. when Hydra impersonates them to attack The United Nations, and an unexpected enemy leads the charge to bring about their downfall.

"A Fractured House" was written by Rafe Judkins & Lauren LeFranc and directed by Ron Underwood. The “A Fractured House” episode of Marvel's Agents of S.H.I.E.L.D. airs on Tuesday, October 28 at 9 PM ET on ABC.