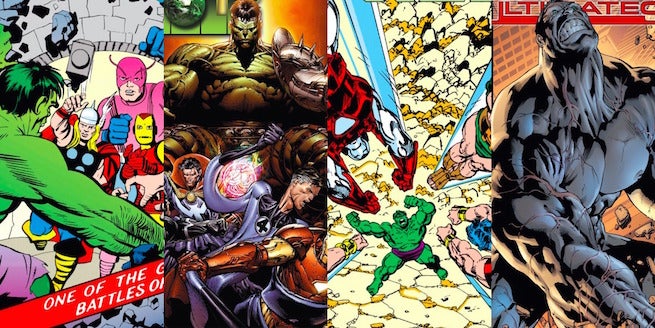 Having the Hulk fighting his superhero friends, the Avengers, is not without precedent in the comic. Because of the Hulk’s monstrous, uncontrollable ways, Earth’s Mightiest Heroes have been forced to confront the Jade Giant,either as individuals are as teammates, many times over. To whet your appetite for the Hulk’s big-screen clash against his brethren, we spotlight the Hulk’s five most memorable confrontations with the Avengers. 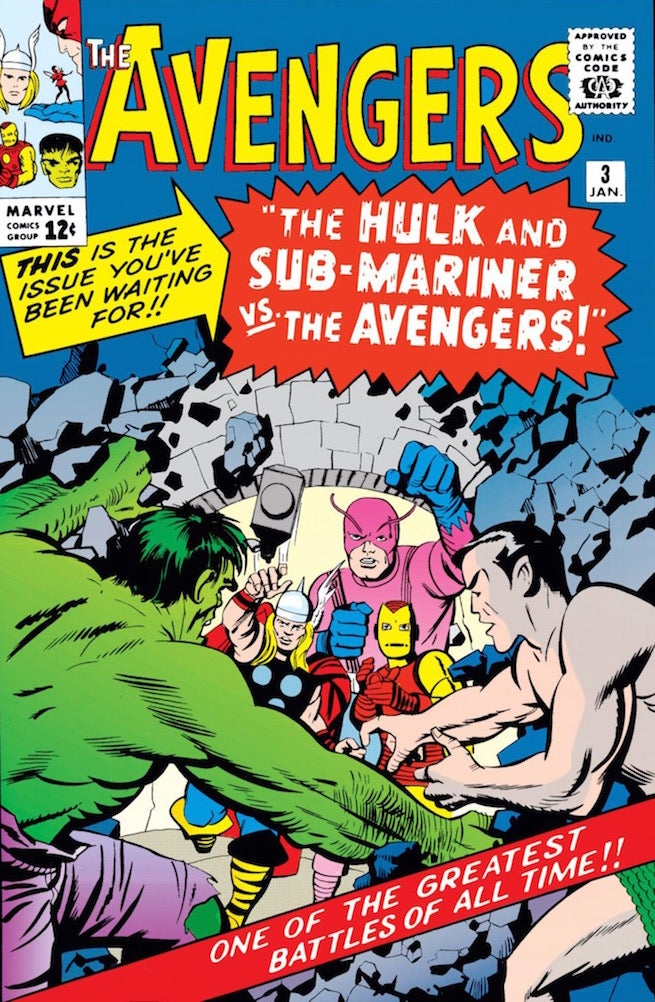 The Hulk was crucial in forming the inaugural Avengers squad, which included Thor, Iron Man, Wasp and Ant-Man. In Stan Lee and Jack Kirby’s iconic comic, Loki tricks the Hulk into destroying a set of train tracks by creating an illusion of dynamite on the rails. When a train conductor sees the Hulk’s rampage, he sets out an SOS, which Thor, Iron Man, Ant-Man and Wasp overhear. The foursome agree that only teamwork can stop an uncontrollable Hulk, so the group (later dubbed “the Avengers” by the Wasp) are formed and history is inevitably made.

The quartet has a difficult time taking care of the Hulk, but fortunately Loki’s chicanery is eventually exposed and with the Green Goliath’s help, the five heroes defeat the God of Mischief and seal their collaboration.

Sadly, it's a short-lived union. By the end of the second issue, Hulk jumps ship because he believes his teammates don’t trust or like him (he then disguises himself as a circus clown to go into hiding, but that’s another story). But it wouldn’t be long until the two camps traded blows again. In fact, it would come in the very next issue. The Sub-Mariner manipulates the Hulk into fighting the team in Avengers #3, thus sparking the never-ending cycle of love and hate between the Jade Giant and the Avengers. 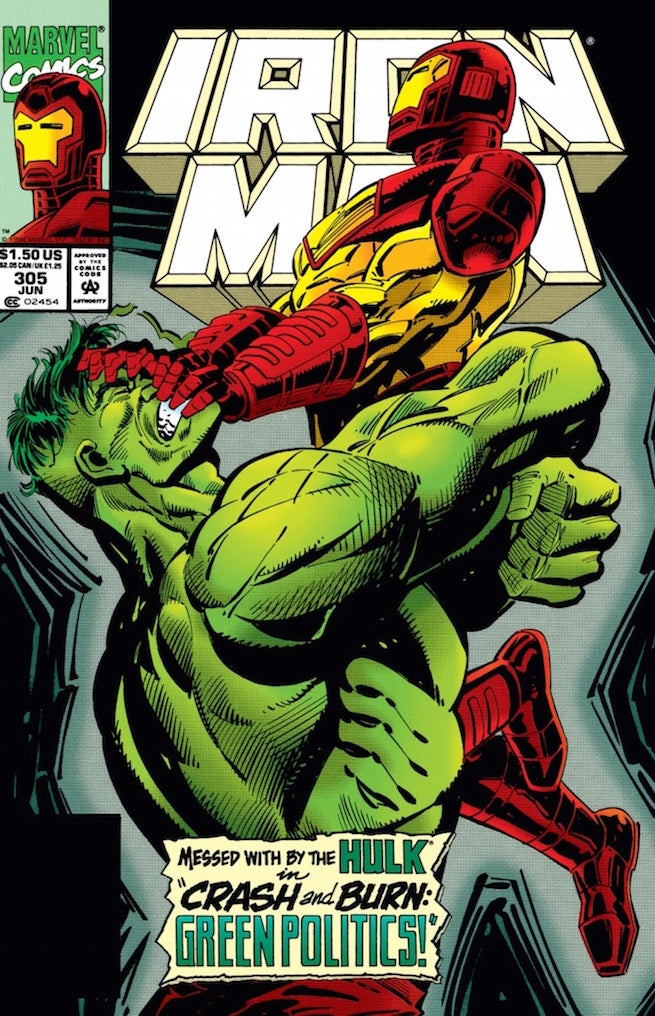 The main event: It was in Len Kaminski Kevin Hopgood’s 90s run that Tony Stark’s Hulkbuster Armor entered the Marvel lore. Anticipating a confrontation with the Hulk over a Stane plant producing gamma bombs, Stark Stark develops an armor built to withstand the immense strength and physicality of his sometimes-friend. The Hulk tells Stark that as long as he’s standing, he won’t allow the plant to create any more gamma weapons. After punches are thrown, Stark convinces the Hulk that he will shut the plant down. To prove his point, Stark teams up with Hulk and they destroy the gamma bomb production facility together.

Kaminski and Hopgood’s story isn’t exactly an epic, so it looks like Marvel Studios might take some liberties with the Hulk vs. Hulkbuster confrontation for its cinematic adaptation — which is a good thing for people who want to see more carnage and less compromise in a Hulk fight. 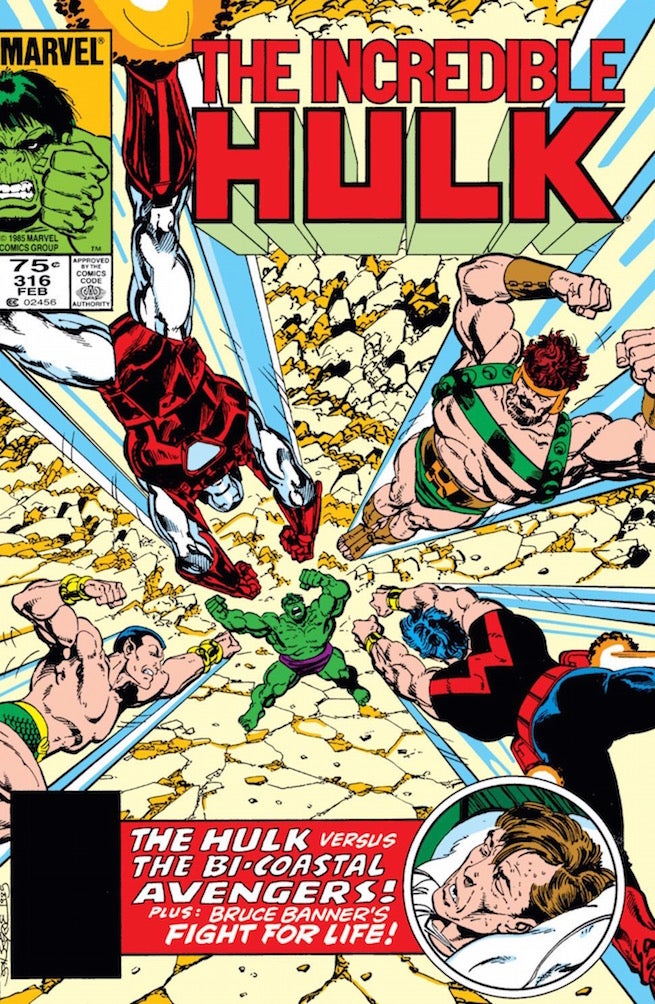 In one of this last works for Marvel in the late 1980s, John Byrne scripted and illustrated an excellent run of the Incredible Hulk that attempted to break down the Hulk’s psyche. His turn was criminally short, but in many ways, it paved the road for Peter David’s critically acclaimed run on the series,

One of Byrne’s biggest status quo shifts was separating the Hulk and Bruce Banner into two separate physical entities. While Bruce recuperates from near fatal injuries caused by the split, a mishmash of east and west coast Avengers (Iron Man, Hercules, She-Hulk, Namor and Wonder Man) must subdue the Hulk, who is rampaging in the middle of the desert without Banner’s intelligence to keep his monstrous instincts in check.

In a unique twist, once Bruce regains his facilities, he actually assists S.H.I.E.L.D. in destroying the Hulk monster once and for all, assembling a team of heroes who are appropriately named, the “Hulkbusters.”

Following Byrne’s arc, David took over and reintroduced the Gray Hulk, a less powerful but more intelligent version of the Hulk. The green monster didn’t return until the landmark “Honey, I Shrunk the Hulk” issue (Incredible Hulk #377). 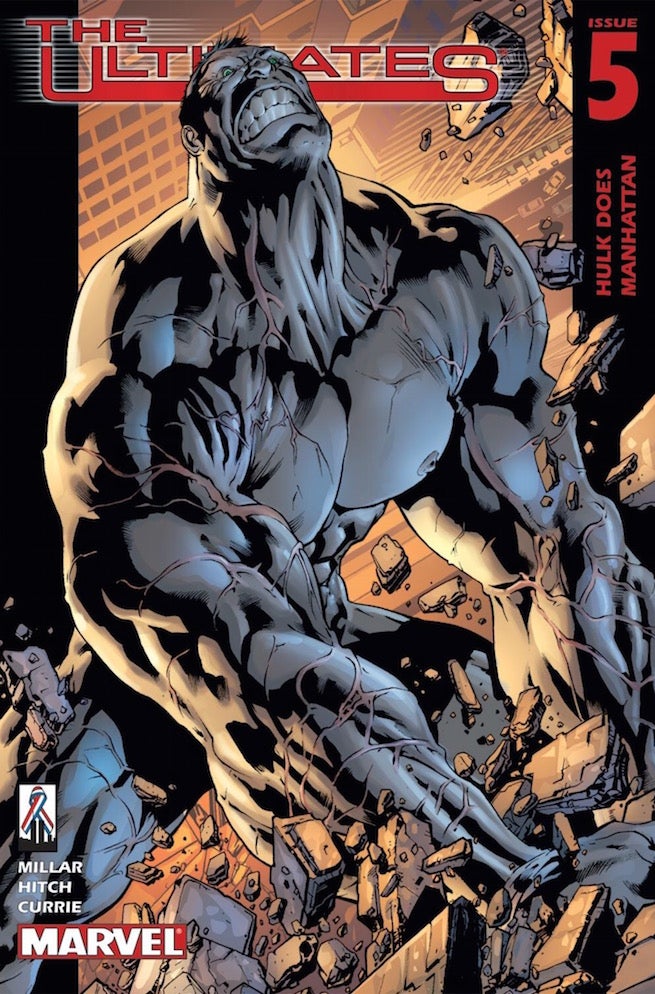 Not only is Mark Millar and Bryan Hitch’s run on The Ultimates best known for its over-the-top reimagining of “Earth’s Mightiest Heroes,” but it also features one of the most epic battles ever involving the Hulk and his adversarial friends.

In The Ultimates, Banner is a brilliant but emotionally volatile scientist, who wallows in self-pity when his former flame Betty Ross is seen canoodling with (then) A-list celebrity Freddie Prinze Jr. In an attempt to conjure some vigor and self-confidence, Banner replicates a version of Captain America’s super soldier serum and tests it on himself. But instead of becoming a strong and strapping male who could compete with Prinze Jr. (though let’s be honest … can any of us compete with Prinze Jr.?), he becomes a gigantic monster that goes on the mother of all rampages in New York City.

The Hulk’s temper tantrum becomes the very first public test for the Ultimates, as each member tries subduing the Hulk as he smashes his way through the city. But the big grey monster isn’t put to rest until Thor — who had been holding out on joining the team due to the U.S. president’s environmental policy — defeats Banner in a last minute shocker. 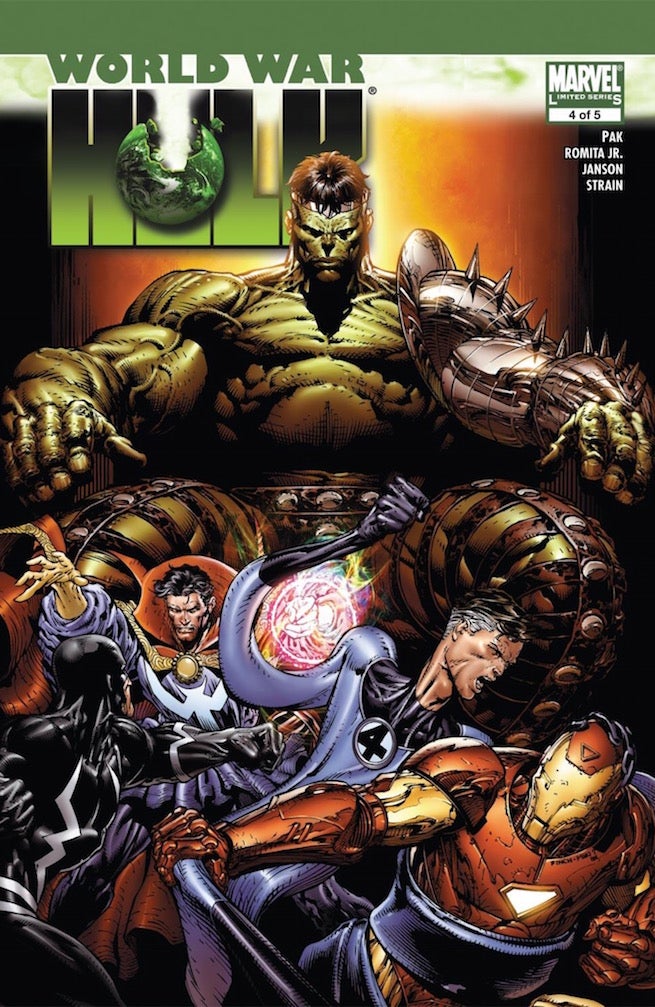 Greg Pak’s iconic Hulk arc spans nearly two year's of comics when Marvel’s Illuminati group (which includes former teammates Iron Man and Doctor Strange) deem the Hulk is too dangerous to remain on Earth, and shoot him into space. Hulk’s spacecraft crashes on the planet Sakaar, where he is enslaved and forced to do battle as a gladiator. He eventually gains his freedom but remains on Sakaar as a conquering hero of the people. Still, Hulk’s thirst for vengeance against the Illuminati returns in a big way when his shuttle self-destructs, killing many on Sakaar including his wife, Calera (and their unborn child).

This leads directly into “World War Hulk,” which follows Hulk’s return and one-man war against Black Panther, Iron Man, Reed Richards and Doctor Strange. “World War Hulk” is a big, beautiful, violent mess that culminates with a battle between Hulk and the one being who is actually stronger than the green monster, the enigmatic Sentry. Hulk eventually reverts back to Banner and is captured by S.H.I.E.L.D., leading to a short hiatus. Years later Planet Hulk’s legacy lives on, as the storyline is to return during Marvel’s Secret Wars event.