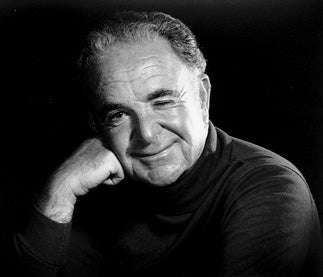 veteran Al Feldstein has passed away at his home in Montana, The Associated Press reports. He was 88. Feldstein started his career as an artist for EC Comics prior to the Comics Code crunch of the 1950s. Shortly after he began work there, he found himself editing most of the publisher's titles, and is credited with co-creating, among others, Tales From the Crypt. The massive popularity of horror and crime comics in the '50s made them a target of the fledgling Comics Code Authority and EC Comics in particular was forced to shutter most of its titles starting in 1954. MAD continued to be popular, and after a short hiatus from EC, Feldstein returned in 1956 to succeed MAD Editor Harvey Kurtzman.

"Basically everyone who was young between 1955 and 1975 read MAD, and that's where your sense of humor came from," The Simpsons producer Bill Oakley once said.

"Mad's parodies made me aware of the machine inside the skin — of the way a movie might look original on the outside, while inside it was just recycling the same old dumb formulas. I did not read the magazine, I plundered it for clues to the universe," famed film critic Roger Ebert said.