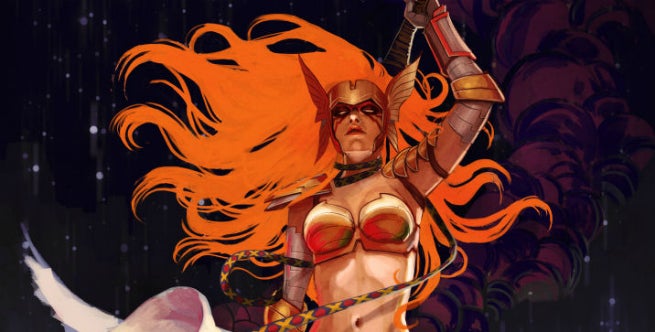 When Marvel Comics announced at Comic Con International: San Diego that they would launch a new series, Angela: Asgard's Assassin, based on Thor and Loki's long-lost sister (originally created for Spawn but then, through a complicated legal process, eventually brought to Marvel), writers Kieron Gillen and Marguerite Bennett, coupled with veteran artist Phil Jiminez, got a lot of the attention.

Stephanie Hans, a fairly young artist who is billed as doing backup stories in the book, didn't get quite as much notice, but she's done some beautiful work on Asgard in the past and is a favorite of both of the writers, specifically called out during our recent interview with the pair.

"Stephanie's art is just exquisite," co-writer Margerite Bennett told ComicBook.com during an interview that ran shortly after the announcement at Comic Con International: San Diego. "I'm not sure what's the larger pressure, my awareness of fan expectation or that I must write something worthy of being illustrated by her."

Co-writer Kieron Gillen said, "Stephanie did the majority of the covers of my best MarvHans and lead artist Phil Jiminez, "I think they both bring so much to the book. It immediately says a lot about how we see Angela conceptually."

Hans joined ComicBook.com for a short conversation abotu her approach to the character and the series, what exactly she feels is her responsibility to this character with a larger-than-life story both on and off the page, and working with the star-studded creative team. 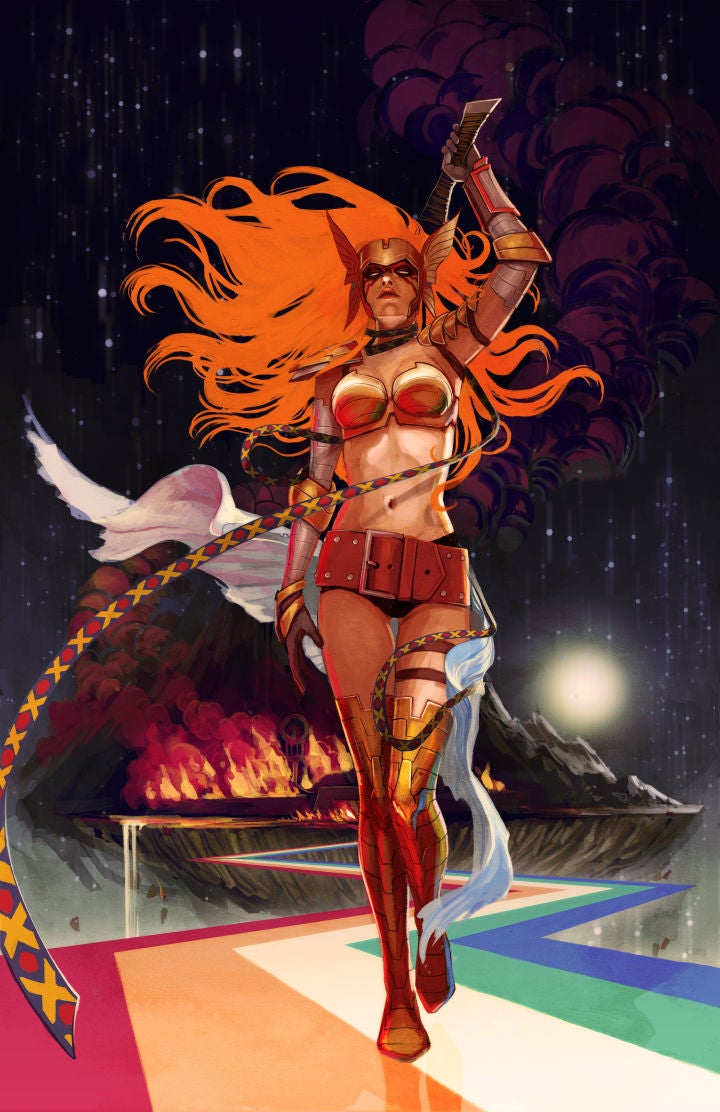 All we know is that you're doing short features -- can you talk about just what it is you're doing?

Mostly my main job is to draw a warrior in a really tiny armor and still make her look scary and full of dignity. She's a warrior, an assassin, that's how I'll paint her.

As an artist, the first thing I do is give flesh to the script. My main concern is to respect the script and give it a way to shine.

I think what we're gonna do on these features is bring some background to the story. From a Nine Realms point of view, I guess you could label that as legend.

Did you look back to the Image Comics era when working on this book?

I was already pretty familiar with the character, as I used to read Spawn when I was a student. They are on my mind.

You've worked in Asgard before, obviously -- is it a little jarring to be working in that world again, but with a decidedly different sensibility, since Angela isn't really part of the in-crowd?

I have a sweet spot for mythology in general so that actually makes sense for me to work more on Asgardian-related stories.

Each time it's a new mood though. The stories are very different from one another but most of it, the scripts cannot be compared to each others. From an artist point of view, each script is something very unique to dive into. I really look forward seeing more of Marguerite's work.

You get a lot of cool, elaborate, Kirby-style designs to work with in Asgard. What's your favorite crazy Asgardian thing you've drawn?

No idea. Everything is crazy. Drawing for a living is crazy.The craziest thing was maybe the cover of Journey into Mystery with Loki over the head of Surtur, doing the L for Loser with his hand.

What's crazier is that the cosplayers are still doing it. I just love them.

What drew you to this title?

I am a longtime fan of Neil Gaiman and I had been very excited when I heard that Angela would come to the Marvel Universe.

I was hoping I would have the chance to draw something for the title. I did a cover and took the chance to express my interest in the title. It was the right time to do it, since the creative team was still not complete.

I also have to admit that I'm always attracted to stories with strong female characters. Good or evil, I do not care as long as it's well-written.

I have no worries about that!

Everybody involved in this title is a huge talent. As the book shaped up, did you say, "okay, we've got something here?"

I'm still trying to not freak out about the pressure. Yes, the team is awesome; that means a lot of expectations. I just don't want to think to much about it and focus on the technical aspect of it.

How much, if at all, have you been working with/talking with Phil Jiminez?