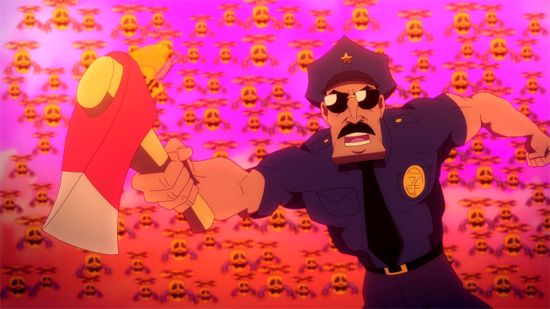 In the “Taxi Cop” episode of Axe Cop, Young Axey and Flutey grow up to run a  taxi company, just falling short of their childhood dreams of becoming crime fighters.

In the “28 Days Before” episode of Axe Cop, it’s Thanksgiving and Axe Cop hasn’t been seen since Halloween. How will his team celebrate Thanksgiving without him?