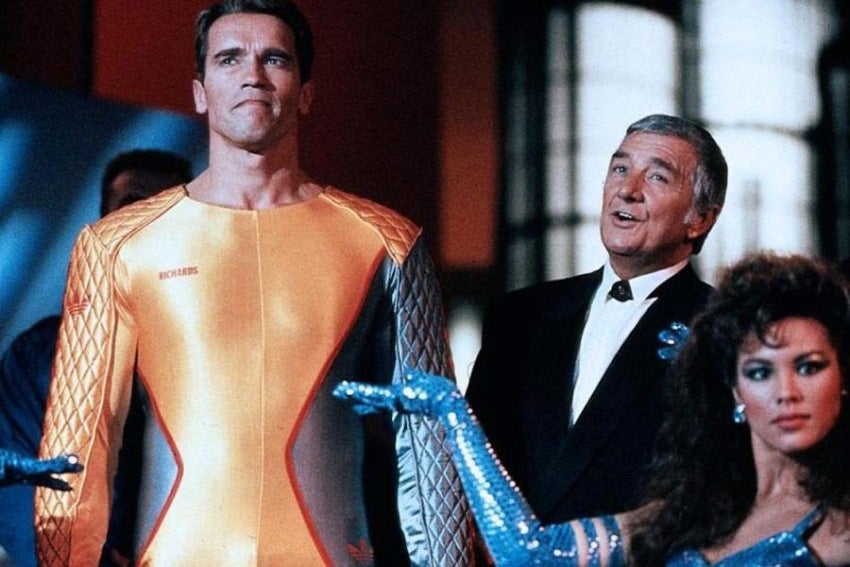 The Running Man could be getting a sequel, Arnold Schwarzenegger revealed.

In an interview with Digital Spy this weekend, the actor revealed there are rumblings of a follow-up to the 1987 sci-fi thriller.

"There's rumblings of a new Running Man movie, so it's a great honor to be asked back," he said.

In The Running Man, Schwarzenegger played Ben Richards, a wrongly convicted man who must try to survive a public execution gauntlet under the guise of a game show.

Schwarzenegger also gave updates on other sequels in the works including returning to the role of Conan the Barbarian in The Legend of Conan.

"It's an honor to be asked back after all these years, back to the franchise, " he said. "This is really wild. Harrison Ford was recently asked to get back to Star Wars, but it's very rare to come back [after so many years]."

In regards to returning to franchises such as Terminator, he credits being in shape for such challenging action roles.

"It comes back to bodybuilding, I'm used to doing cardiovascular training every day," he said. "Therefore I'm still in good shape, and I can do the action and have the energy to do these movies. They feel comfortable to ask me back and know that I can pull it off and do the stunts."

Schwarzenegger will star in Terminator: Genisys, which opens in theaters July 3, 2015.