A new poster has been released for the zombie-drama Maggie, which features the film's stars Arnold Schwarzenegger (Twins) and Abigail Breslin (Zombieland).

Arnold Schwarzenegger has tackled many genres during his long and illustrious career, like action, fantasy and comedy, but drama is not one of his strengths. Will that change once people see him in Maggie? He plays a father that is trying his best to protect his infected daughter (Breslin) during a zombie epidemic.

Maggie was directed by Henry Hobson, based on a screenplay by John Scott 3 (3?!). It also stars Joely Richardson, Laura Cayouette, and Dana Gourrier, check out the trailer below.

Check out the new poster below. 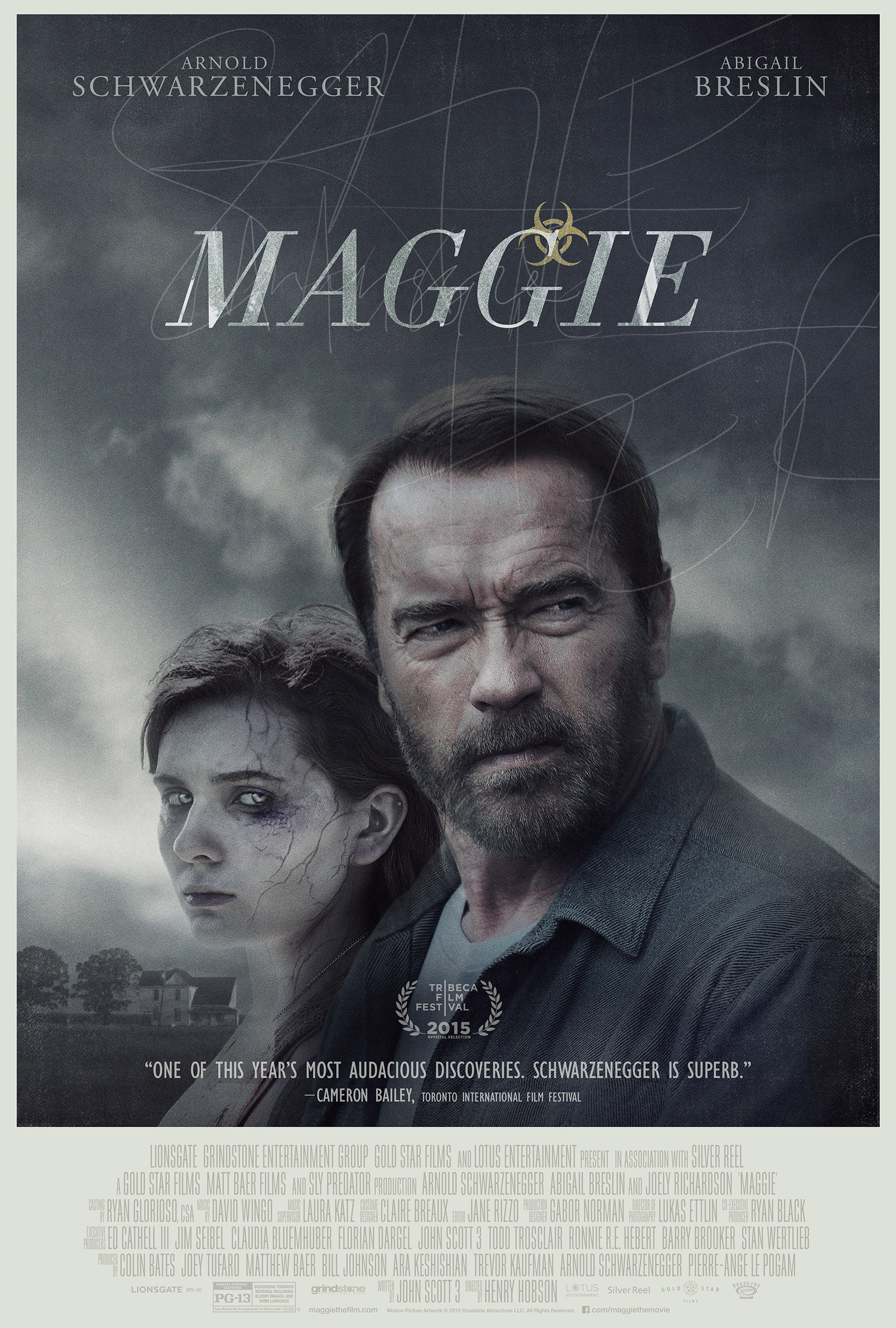