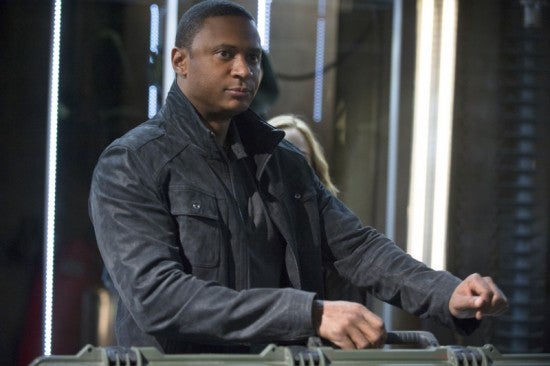 Tonight's anticipated episode of Arrow brings John Diggle (David Ramsey, seen above) together with the DC Comics team of antiheroes known as the Suicide Squad.

Bronze Tiger, Shrapnel and Deadshot are all villains that Diggle and his boss Oliver Queen (the titular Arrow) have put away over the course of the show's thirty-odd episodes...but now Diggle is drafted into service alongside them by A.R.G.U.S. and Amanda Waller, who have formed the Squad to undertake a politically-sensitive mission. Along with his ex-wife Lyla Michaels, Dig will lead the Squad into action...and if it all goes wrong, Waller will just deny any knowledge of the group and let them die.

Ramsey joined ComicBook.com for a conversation about the episode, and some of the questions that occurred to him while filming (including the big one: Will Diggle be working with these guys more often?). 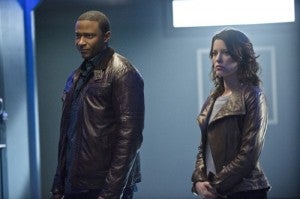 ComicBook.com: This is the second really Diggle-centric episode this season...this time, even more so than the Russian episode. Is it a little different this time, driving the whole episode instead of just kind of the plurality like you did last time.

David Ramsey: There's a couple of things that are different. The first one is that there's more screen time, so there's more work. Just as an actor, there's more work. That's always good if the work is good, if the writing's good, if the scenes are good, if you're working with good directors, good [directors of photography]. If all that's good, then actors want to work. They love working on good work. I've been fortunate that the writing is always good on this show for Diggle, so this is a good thing.

So I would say those are the two big things that really stand out as a differences in this episode but I will say this: All of these decisions that Diggle has to make in this episode -- even though Diggle is kind of moving the "A" plot forward -- all of this leads to Slade Wilson and what choices Diggle and Oliver are going to have to make in order to face him. I'll leave it with this: Interestingly enough, even though I am quote the "A" plot, and I would even say Oliver's story would be the "B" story in this particular episode, we both emotionally end up in the same place, which I just think is good writing. These two men, even though they're not working on the same mission, end up having to make the same choices in this episode. It's just a great, great piece of writing.

ComicBook.com: They often do that kind of mirroring in the flashbacks, but you guys have flashbacks in this episode and so you were doing it in a really multifaceted way.

Ramsey: Yeah, and I was happy about that. 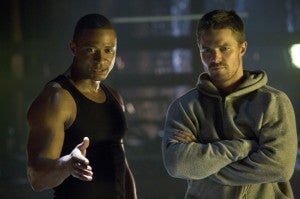 ComicBook.com: Obviously, Diggle is a very different man than Oliver and you've played a character that seems to have come to terms with his demons much better than Oliver has yet. So, tonally, do you think that this episode is very different from the average episode of Arrow?

Ramsey: I think that Diggle has dealt with these demons -- his post-traumatic stress syndrome, right? The stuff that he's had to come to grips with being war-torn. He's dealt with those things, what he thinks is in a healthy way. Or at least a lot healthier than what Oliver has, and I think to a certain degree has offered advice in the first and second season that really has saved Oliver's life.

I think that Oliver would have probably been The Huntress without Diggle. Just a guy killing indiscriminately for his brand of justice. There's at least four times Diggle has saved his life, so he would probably be dead at this point.

But in dealing with those demons, Diggle has made very strict decisions for himself: This is right, that's wrong; this is black, that's white...and these things work for him. But of course things are really so black-and-white because he's working with a vigilante, so he's a bit of a hypocrite. He wouldn't see it that way, but I think that in dealing with his demons, he's a very rigid person.

ComicBook.com: They kind of tackled that a bit in the preview scene yesterday: It was basically Diggle telling Waller, "These people are crazy and dangerous," and Waller saying, "Well, you work with Oliver."

Ramsey: Right. Exactly. I think my point in saying that is I think that he does see himself as being a person of "This is right, this is wrong," but things aren't that way, though he sees them that way.

I think that by the time this story ends, he's been manipulated by A.R.G.U.S. with strong-arm tactics to combine forces with quote-unquote bad guys in order to take out a bigger bad guy. That, to him, is dishonorable. To Diggle, it's not an honorable code but by the time the story ends, we'll see that he and Oliver have realized that they're going to have to look at the decisions that they've always made -- you know, this being the honorable thing and that being the dishonorable thing -- and they're going to have to re-examine that. And if it means to work with the quote-unquote bad guy to bring down the bigger bad guy, then maybe we have to do that.

Diggle comes to grips with that by the end. Interestingly enough, so does Oliver, even though they're in two different places and that is again because our main antagonist this season is so powerful that we're going to need all the help we can get. 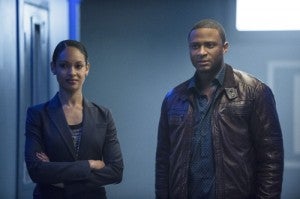 ComicBook.com: In the comics, Waller has always allowed you to explore that theme, whereas in previous other-media adaptations, she really has been a bit less morally gray. She's with the government, so she's a good guy. Here...not so much. Do you like being able to really bring that to life for the fans?

Ramsey: Absolutely. And I think in this espidoe we're going to see all the shades of gray with all the characters.

ComicBook.com: You said earlier that all these episodes are coming up to you. Do you know what's coming next in season three, and does that inform your performance when those questions come up?

Ramsey: I always play the truth of the scene, the truth of the moment. We're not twirling our mustache at the end, saying "I know something you don't, audience," because most of the times we don't.

So we know the truth of what's on the page, a little bit about what could happen in the future, a lot about our back story and that's probably the best way to perform anything truthfully, to have a very well thought-out and planned back story, maybe know some places that we're going to go in the future but being really connected to what's happening in the present and that's about it.

Arrow Exclusive: David Ramsey On Suicide Squad: "Oliver Would Have Been The Huntress Without Diggle"