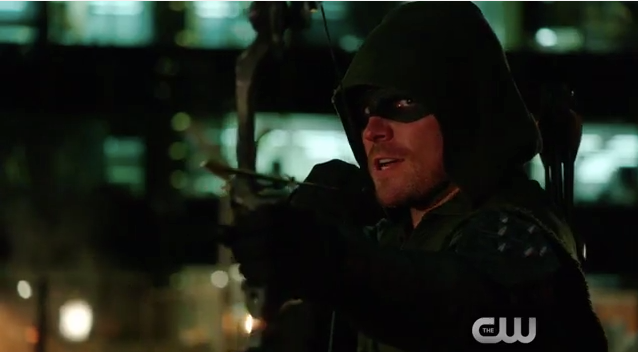 It's The Arrow vs. Starling City in The CW's extended trailer for next week's episode of Arrow.

Titled "Public Enemy," the episode pits team Arrow against Captain Lance, his entire police force, and just about everyone else who thinks he guilty of murdering Starling City's District Attorney.

In the clip, Ra's al Ghul makes it clear that if Arrow doesn't inherit the league of assassins, then he'll spend the rest of his days in prison. And seeing as how Ra's has made good on his words so far, it's safe to assume that this is no bluff.