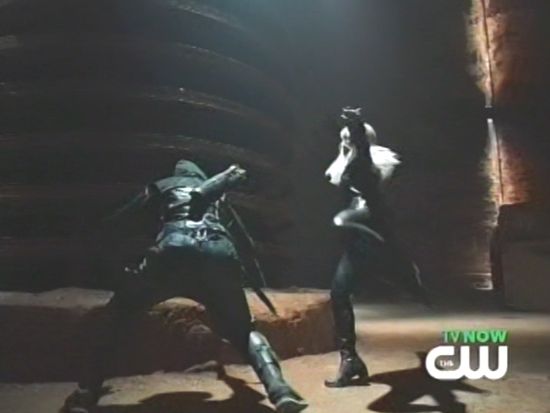 The second episode of Arrow maintains the fast-pace of the premiere episode. In many ways, Arrow is telling the story of a hero for our times. Arrow targets those who think they are above the law. The “Honor They Father” episode kicks off with Arrow intimidating a corrupt businessman into giving back money he stole from a pension fund.

After the opening action sequence, Oliver Queen pays a visit to court in order to get the fact that he was legally declared dead rescinded. On his way out, Oliver bumps into Laurel Lance, who has her own court date. Laurel is representing a woman whose father Victor Nocente was murdered by Martin Somers and the Chinese Triad.

That night, Arrow pays a visit to Martin Somers. After the lights go out, Martin Somers wakes to finding himself hanging upside down. Arrow fires a couple warning shots and tells Somers that he needs to confess to the murder. However, Somers fails to follow Arrow’s advice.

Walter Steele and Oliver’s mother Moria Queen try to convince Oliver to take a leadership position in Queen Industries, but Oliver isn’t interested. After getting a lecture from his sister about being distant, Oliver Queen decides to smooth things over with Laurel by bringing her ice cream and apologizing for cheating on her with her sister.

Suddenly, Ollie and Laurel are attacked by China White. Fortunately, Ollie’s bodyguard John Diggle shows up, and the two of them are able to run China White off. Laurel’s dad Detective Quentin Lance shows up and thanks John Diggle, but admonishes Oliver Queen. While Quentin is demanding that his daughter abandon the case against Martin Somers for her own safely, he gets a call that something is going on at the docks.

At the dock, it’s Arrow in a battle against Martin Somers’ henchmen. Arrow pins Martin Somers to the wall with arrows and coerces a confession out of him. China White appears and engages in some hand-to-hand combat with Arrow. Suddenly, the police show up, and both China White and Arrow attempt to flee. Detective Quentin Lance gets the drop on Arrow, but Arrow throws an arrow to knock the gun from his hand. Attached to the arrow is a taped confession from Martin Somers.

The scene flashes to the groundbreaking of Robert Queen Memorial Applied Sciences Center. After Walter Steele announces the building, an intoxicated Oliver Queen takes the stage. Oliver Queen says he was supposed to take his rightful place as the heir of the company, but he says he’s not half the man his father use to be so to stop asking him to be. 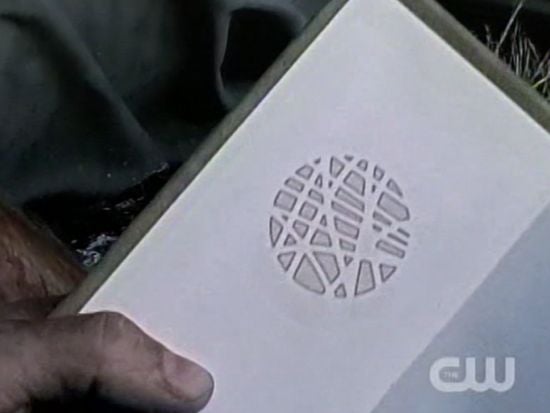