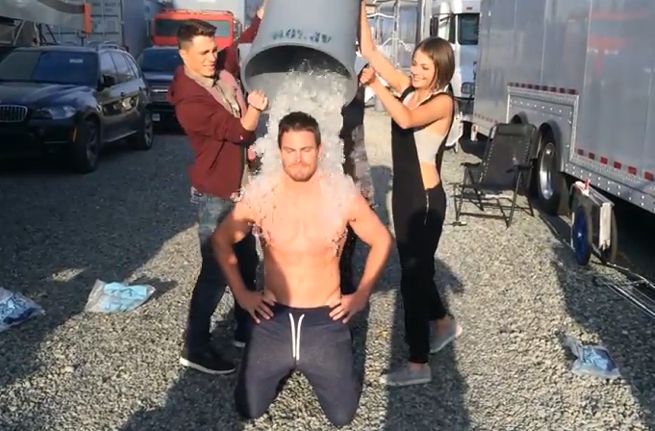 On Friday, Robbie Amell, who was recently cast as Firestorm on the Flash, posted video of himself taking the ALS Ice Bucket Challenge, and he nominated his cousin and Arrow star Stephen Amell to do the same. A couple hours after the challenge was issued, Stephen Amell responded by taking the challenge and posting video of a large bucket of ice water being dumped over his head. Talking things to the extreme, Amell actually used a trashcan of ice water so big that it took three people to lift it.

Among the list of people that Amell called out to take the challenge was Flash star Grant Gustin, fellow Arrow star John Barrowman, and Supernatural star Jared Padalecki. The ALS Ice Bucket Challenge has led to a significant rise in donation to ALS charities.