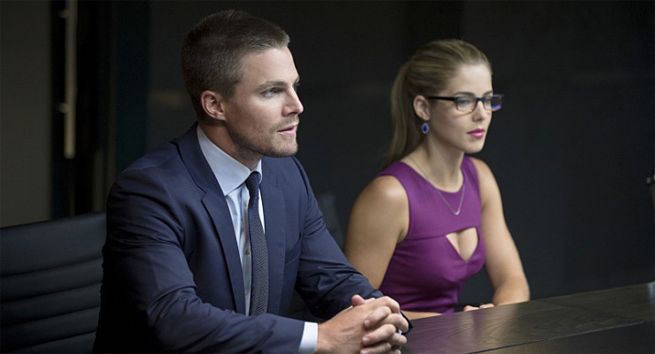 After "Guilty" episode of Arrow, The CW released a sneak preview of next week's episode, which is called "Draw Back Your Bow."

In the "Draw Back Your Bow" episode, Oliver (Stephen Amell) must stop an Arrow-obsessed serial killer, Carrie Cutter (guest star Amy Gumenick), who is convinced that The Arrow is her one true love and will stop at nothing to get his attention. Unfortunately, her way of getting his attention is to kill people. Meanwhile, Ray (Brandon Routh) asks Felicity (Emily Bett Rickards) to be his date for a work dinner with important clients. Thea (Willa Holland) auditions new DJs for Verdant and meets Chase (Austin Butler), a brash DJ with whom she immediately clashes.