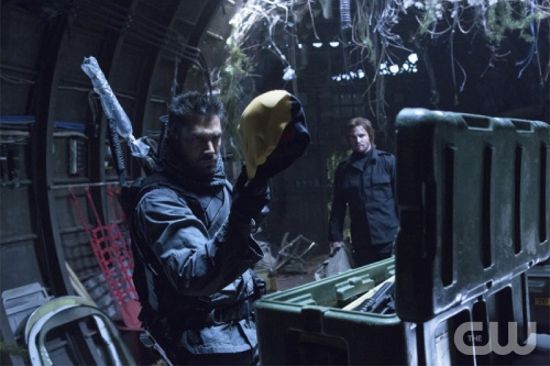 On tonight's episode of Arrow, Manu Bennett guest stars as Slade Wilson. Manu Bennett is best known for playing Crixus on Spartacus. The fourteenth episode of Arrow is entitled "The Odyssey." According to The CW description, "After Oliver is shot, he turns to a surprising person for help – Felicity. Diggle is stunned when he sees Felicity walk through the front door of the lair dragging a dying Oliver behind her, and the two team up to save Oliver's life. As Oliver hovers between life and death, he flashes back to a seminal event on the island – a daring escape attempt with his new friend Slade Wilson (guest star Manu Bennett). Katie Cassidy, Willa Holland, Paul Blackthorne and Susanna Thompson also star." John Behring directed the episode with story by Greg Berlanti and Andrew Kreisberg and teleplay by Andrew Kreisberg and Marc Guggenheim. "The Odyssey" episode of Arrow airs on The CW on Wednesday, February 13 starting at 8 PM ET.