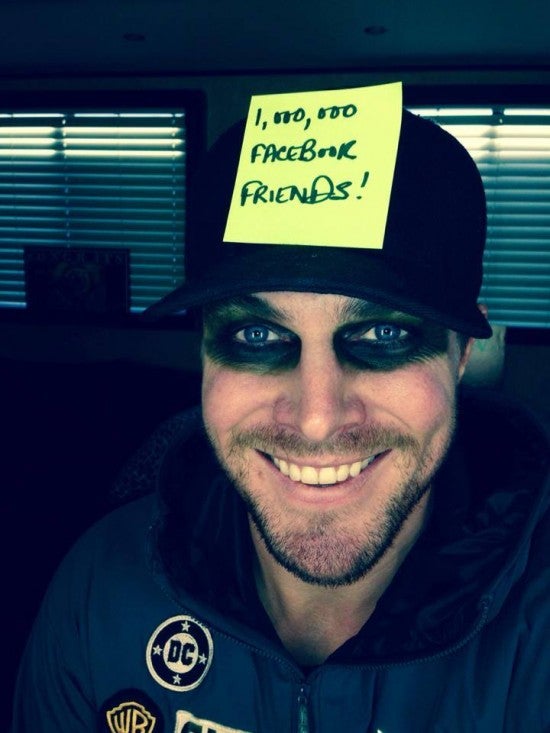 2 days left filming episode 18. 8 days until we are BACK. 5 full eps left to film this season. 22 or 23 eps to film next year. Precious little until a million Facebook Friends.

That "precious little" was surpassed today, and the actor has released a celebratory video to his YouTube channel celebrating 1 million fans on Facebook. You can see the video, a slice of a day in the life of Stephen Amell while filming an episode of Arrow, embedded below. And, yes, apparently Amell and David Ramsey psych themselves up for performances by recreating/mocking one of Brad Pitt's most iconic scenes. Who knew?